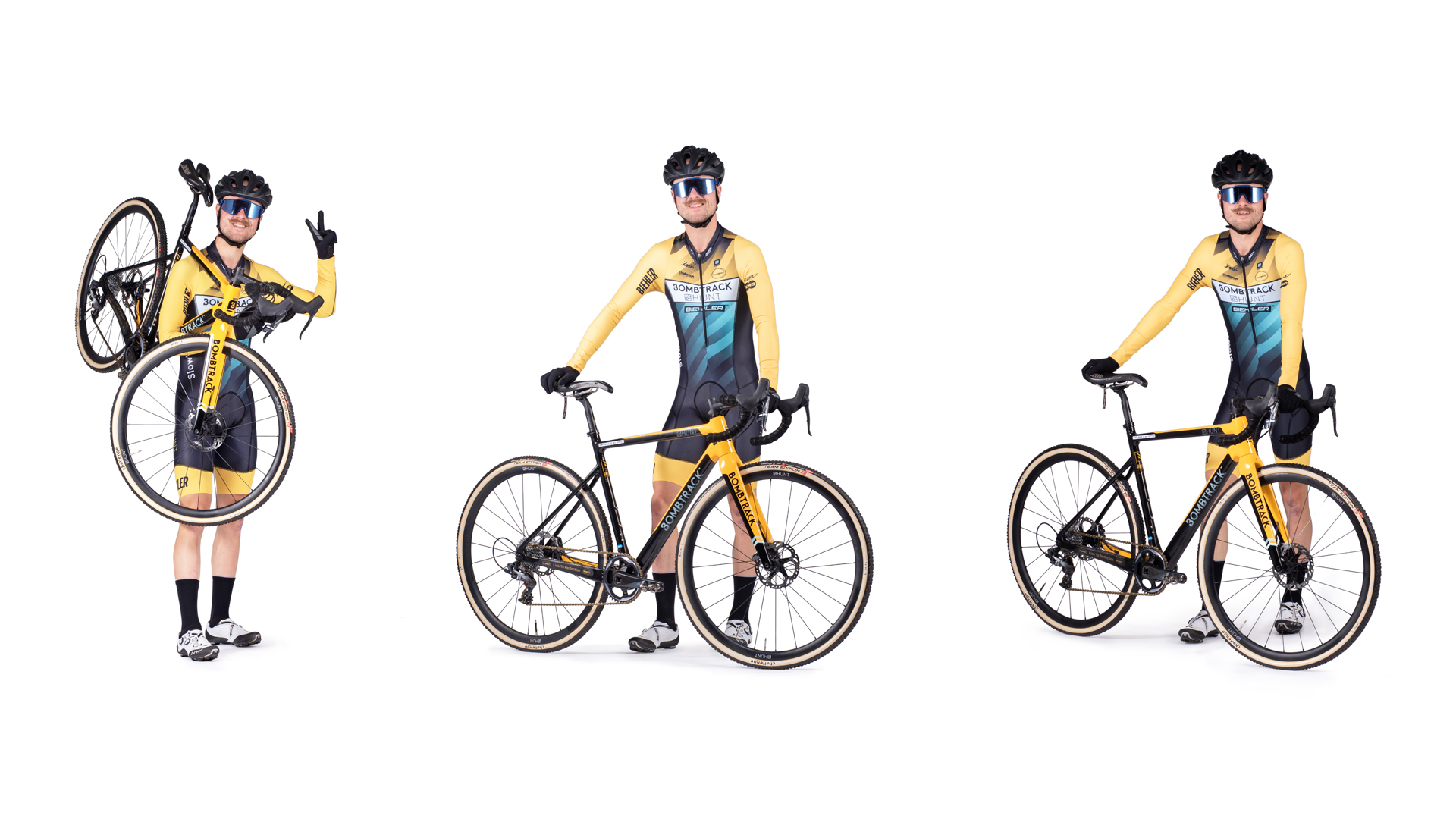 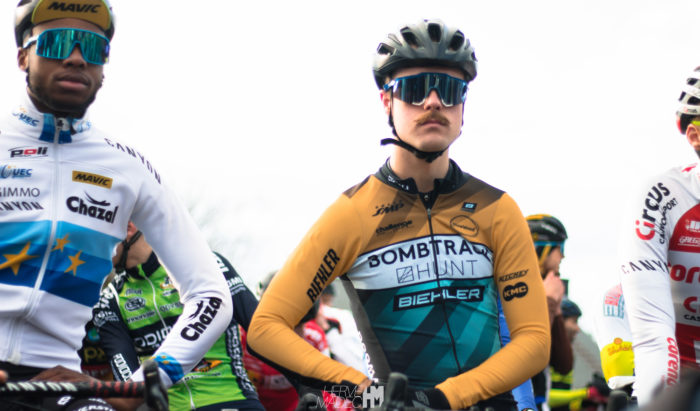 Stuck in Bretagne after a French cyclocross classic.

In this period of the season, where a lot of riders normally travel to the sun to train and some of them come back during the weekends to race, I decided to stay at home to train. While there are a lot of riders currently in warmer places for a mid-season training block there are a lot of UCI races all over Europe. I don’t have any influence on the international racing calendar but in my opinion we could get a lot more out of all these races if the dates would’ve been a little bit more spread out.

On the other hand gives this also the opportunity for the riders who stay at home to choose a nice race. I had multiple offers on the table and eventually decided to head down to Bretagne, or Brittany. We packed to camper and Jelle picked me up for a 1100km on-way drive to the little French town of Lanarvily. Despite that this town is only home to 430 people (wikipedia facts…) it hosts one of the oldest cyclocross races in France. Last weekend was the 63th edition of the race and there was a Dutchman even leading the race for a while!

As it was a two day drive we left home Friday afternoon and because Jelle and I are Dutch we didn’t want to ride on the toll roads, specially with a camper this is really expensive. We decided to leave a bit earlier and save all this toll money, as closer as we got to the race as quieter it got on the roads. The roads where nice and not busy at all, ”dit gjit hjir best”, which is Frisian for ”this is going well so far”  Jelle told me and I agreed. Little did we know by then…. But we came to France to race.

It seems that the course has had minimum changes in the last 10 years and hopefully these pictures below give a nice insight of what racing cyclocross  in Bretagne looks like. Registration, and head office of the race was in the ”Salle des Fêtes” free translated as ”party building”. 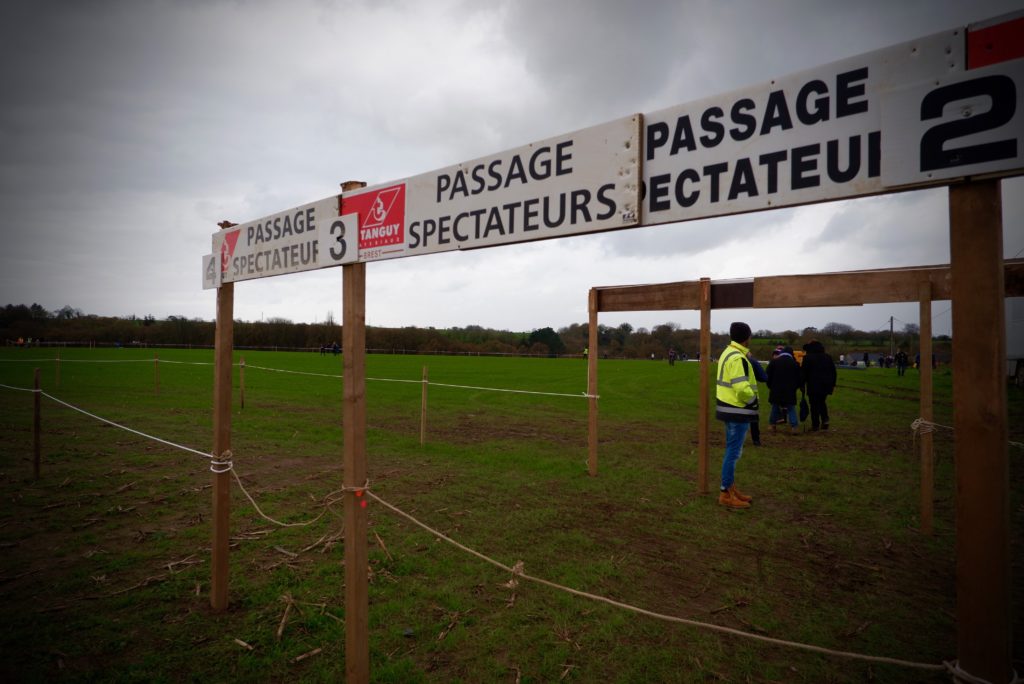 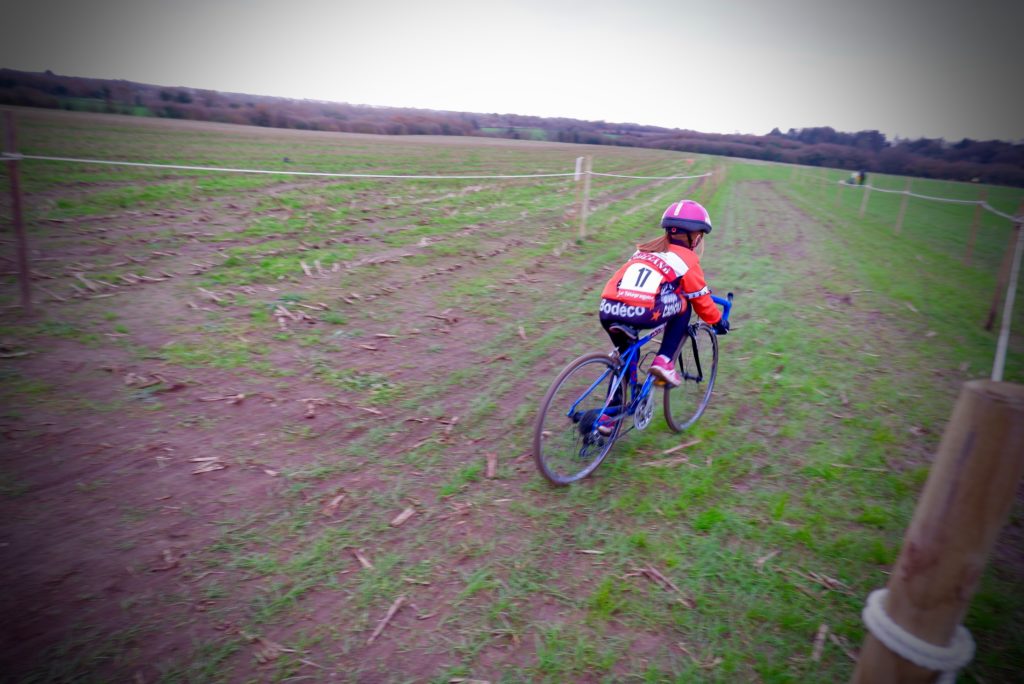 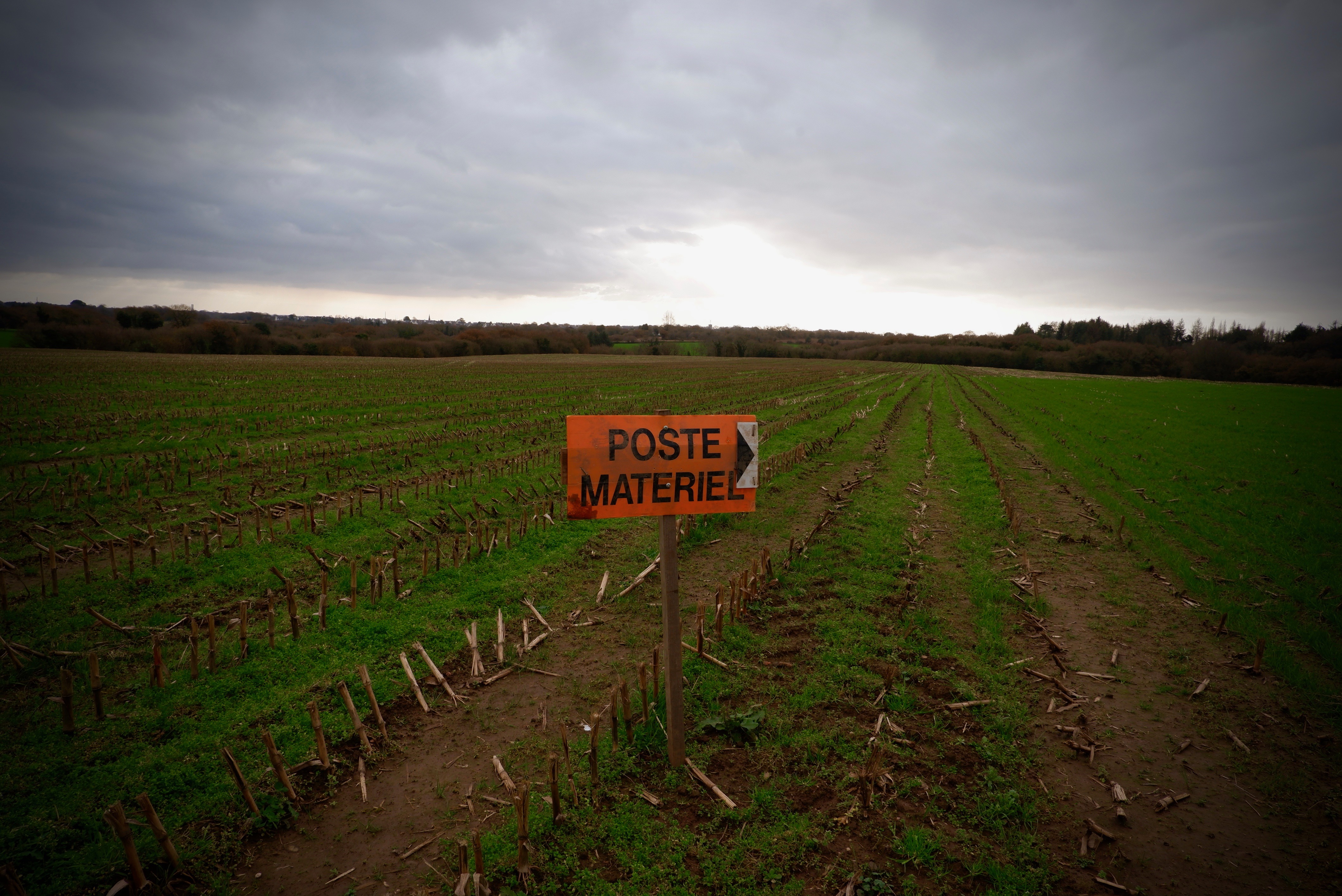 There wasn’t a path to the tech zone but just a sign pointing you in the right direction. The water supplied but this setup next to the tech zone. 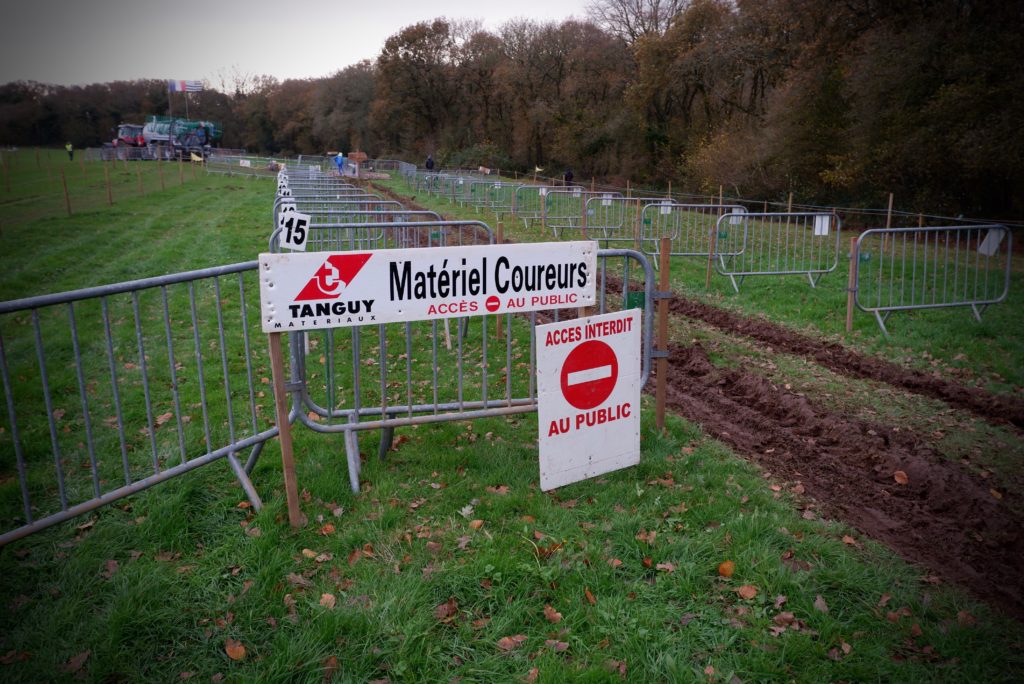 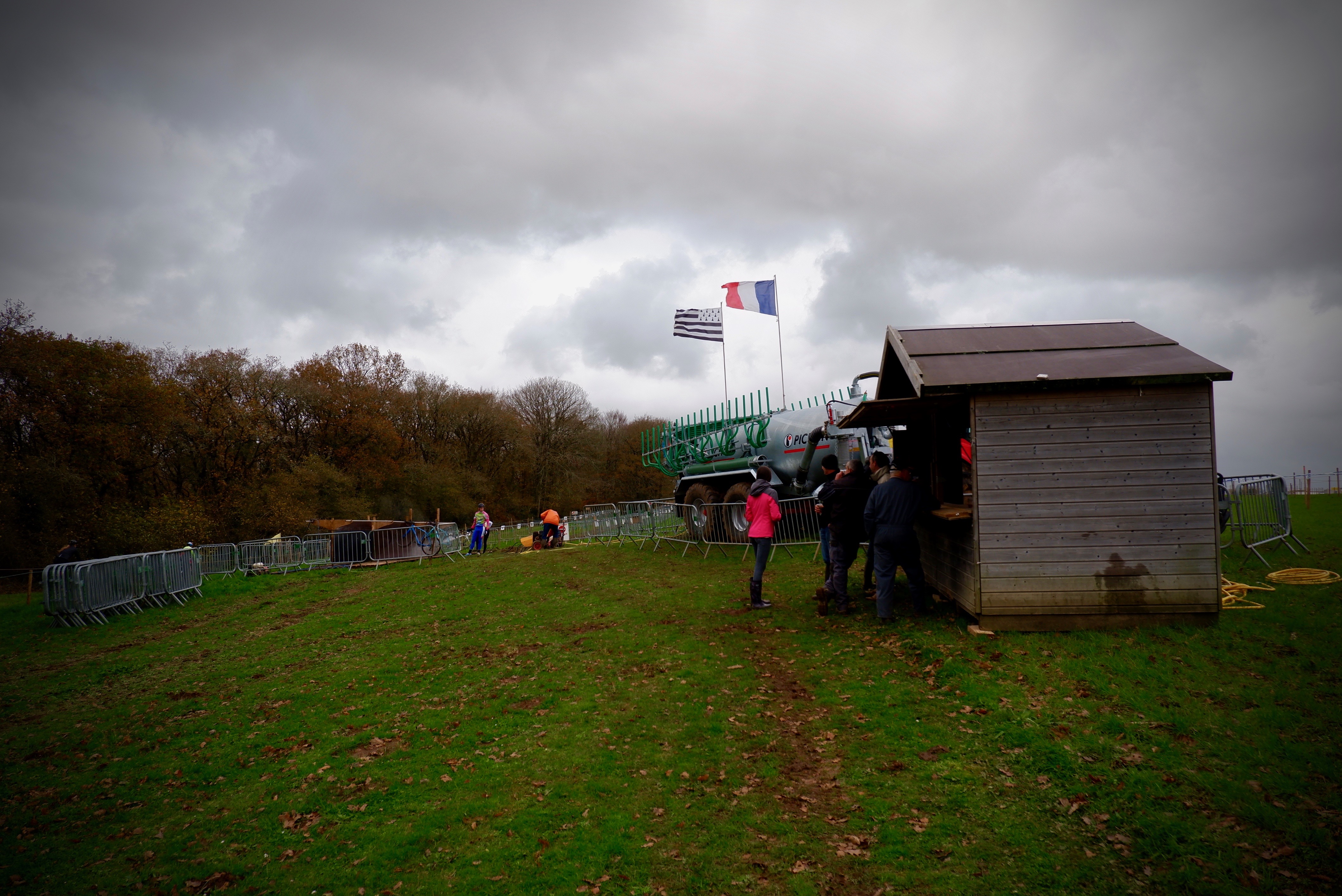 The tech zone had it’s own refilling station for the guy over there who got cold (or needed to pie). 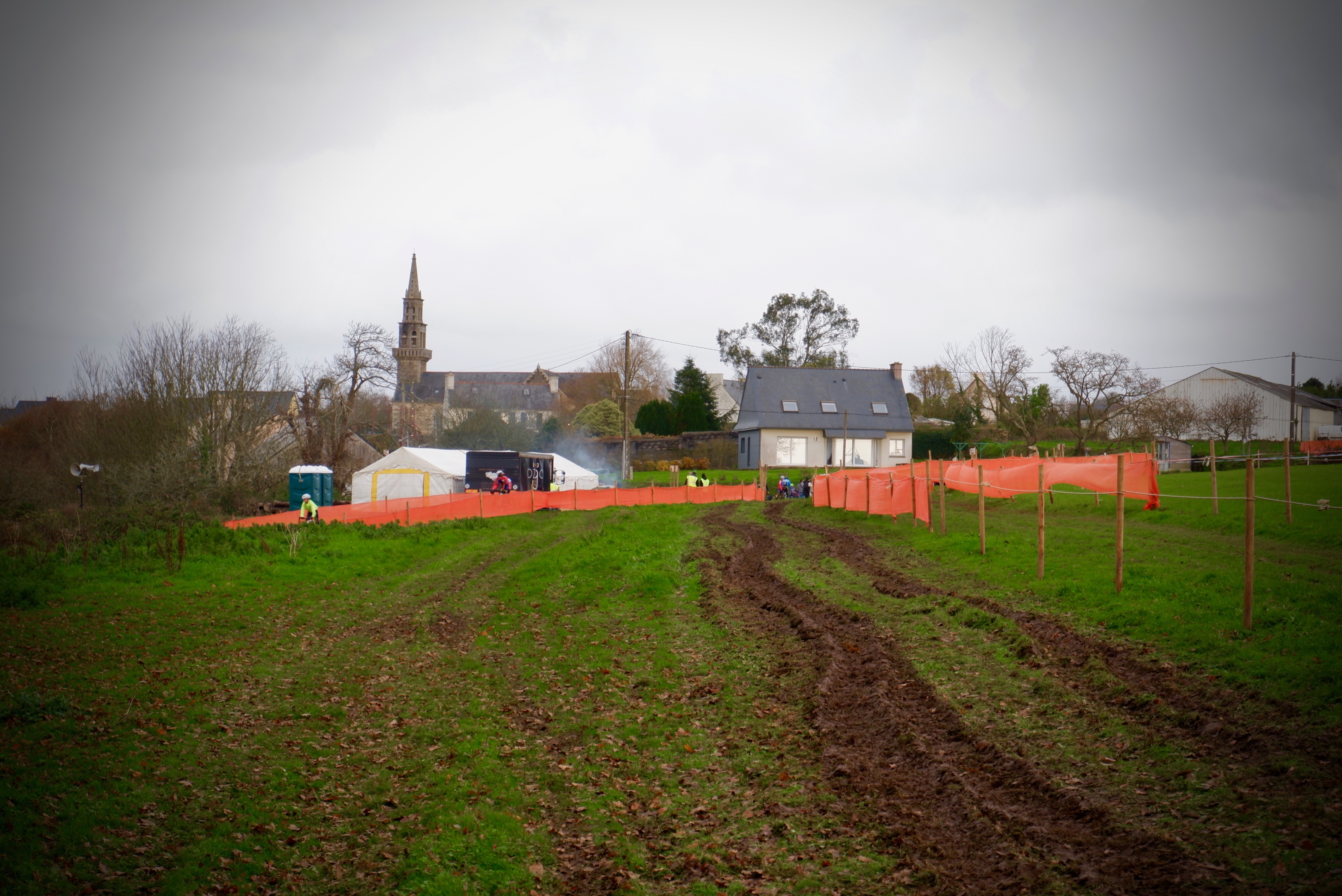 It was almost a ”race around the church” just like many criterium races in the Netherlands. 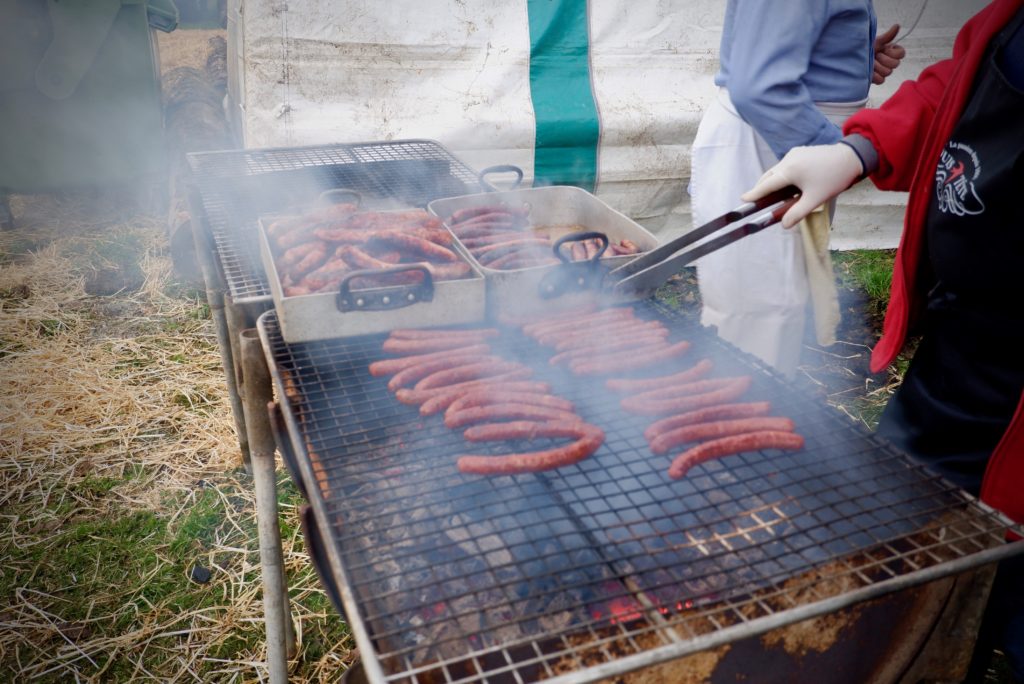 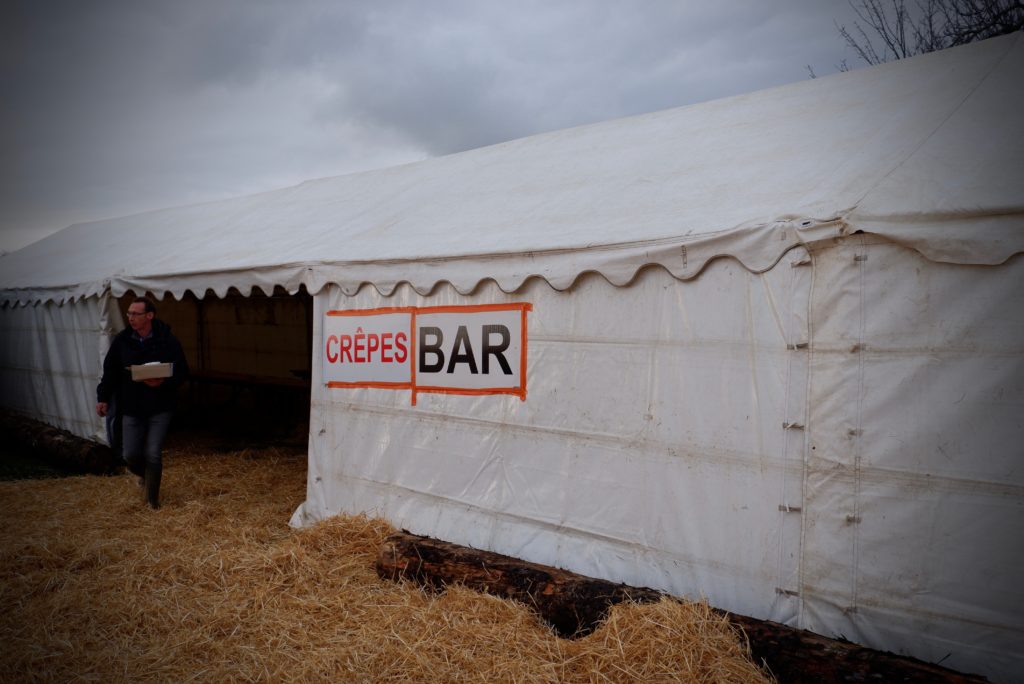 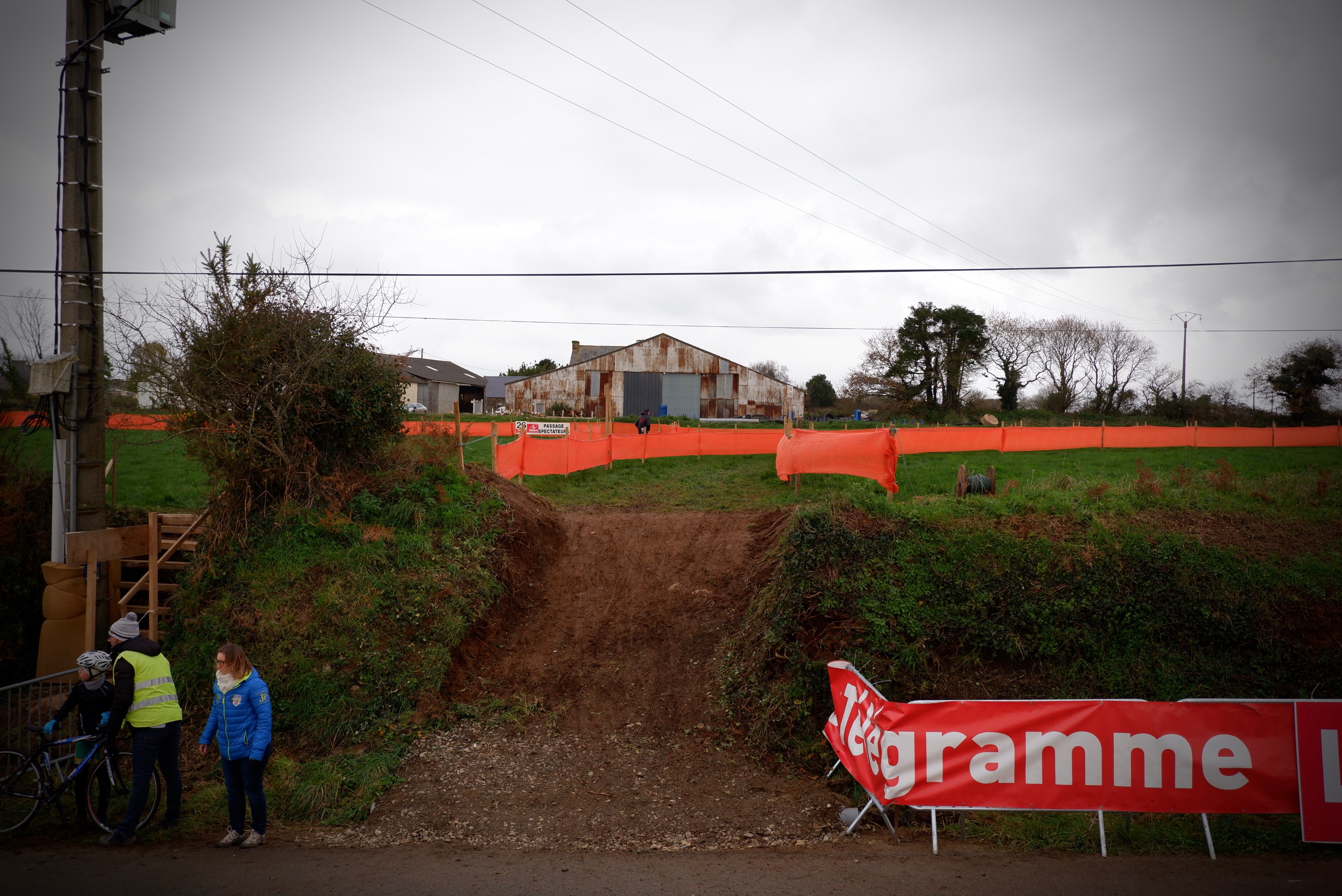 Last corner before the sprint to the finish.

As one of the very few foreigners who started here in between all the French top riders I had a flying start. After I got to the first corner as the first rider I just kept on sending it. Half a lap later only two riders where left in my wheel and we had a gap. After some laps three other riders joined us and we where with six rider in the front. It was me against the French riders and halfway in I had to recover a bit from the flying start, I got dropped to a group of two riders behind us so I was riding for place six, seven or eight. As Jelle was yelling from the techzone that a rider in front of me was dropped from the front group I had to attack earlier. Unfortunately I never heard him saying this because of the insane wind that was blowing over the top of the course and right in the faces of the guys in the tech zone.

I attacked in  the last section of the last lap which was just a few moments to late, in the end I was a few meters short to get 5th so I finished on place six. 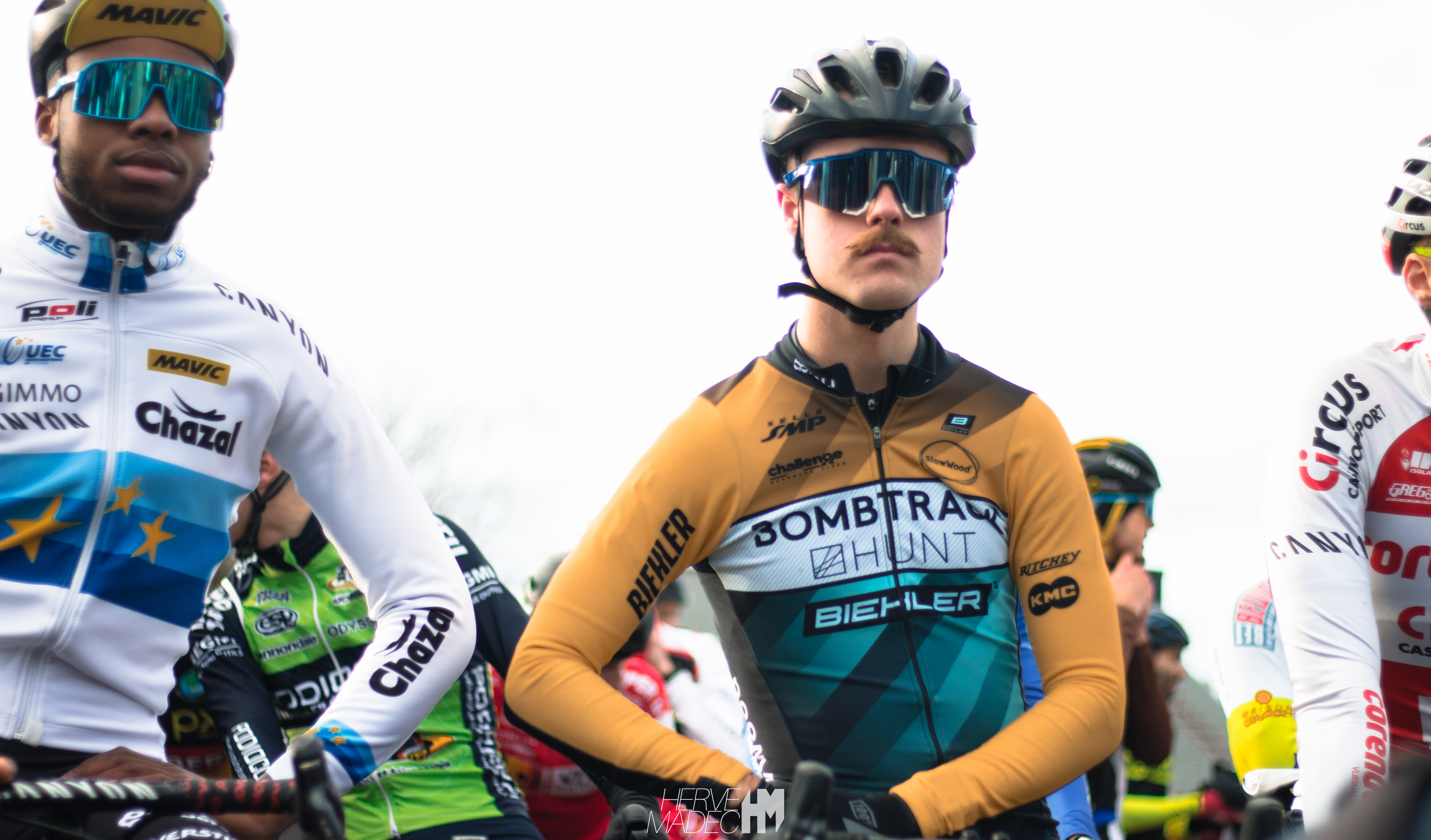 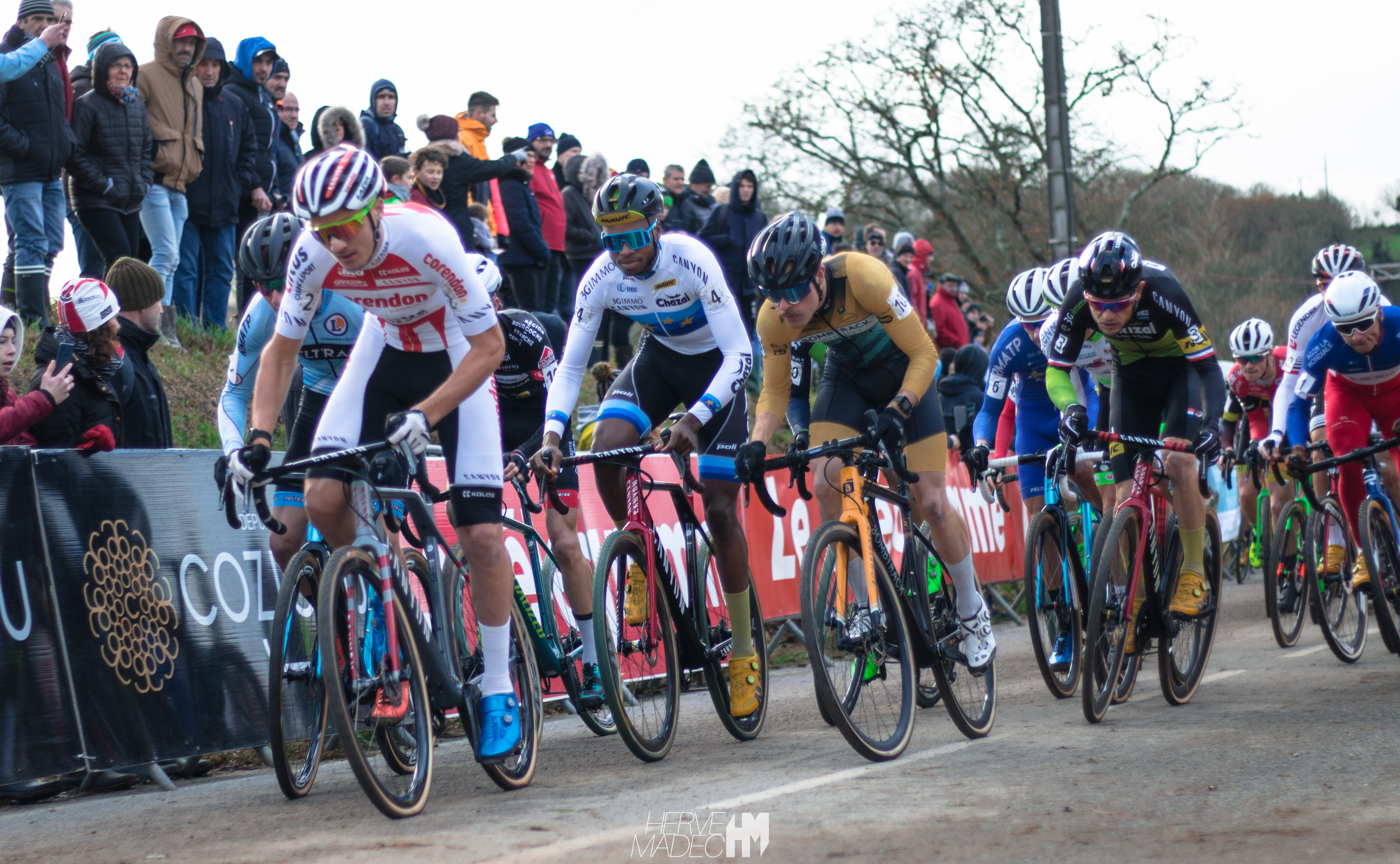 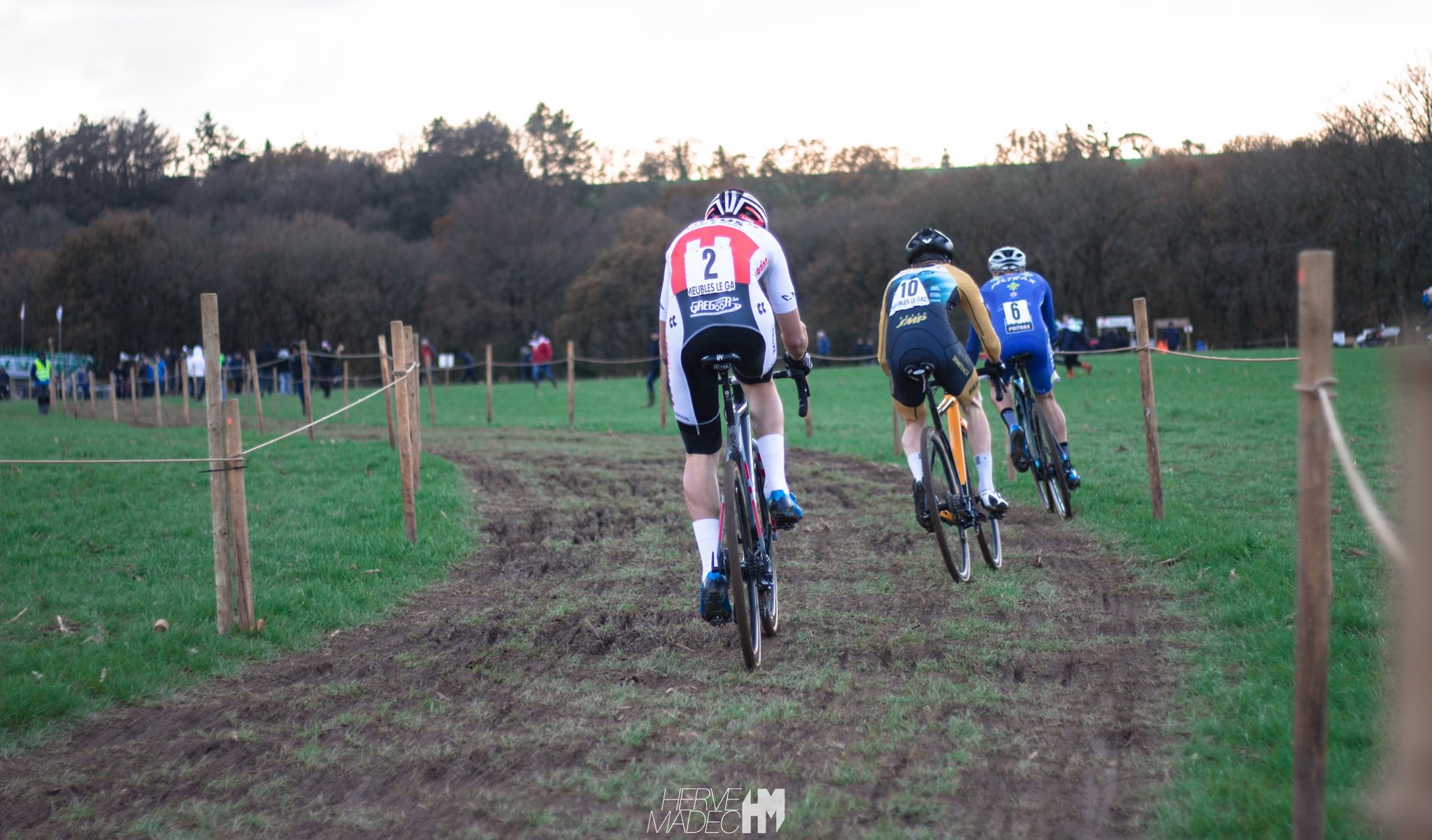 In the end I can be satisfied with my race and it was an awesome experience that also big parts of the crowd where cheering for me and shouting my name! So far away from home but still so many people cheering for me, that was really cool. 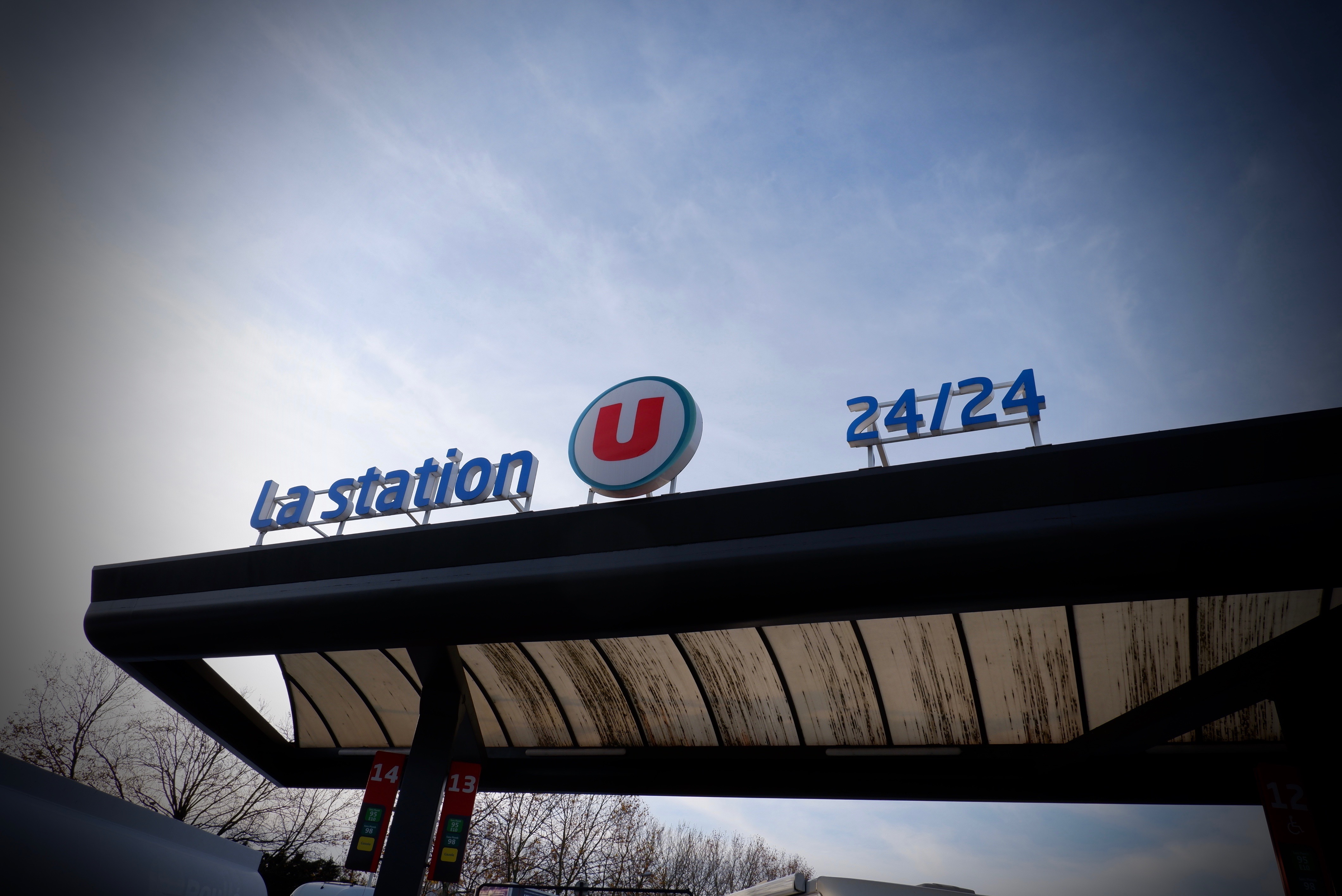 When everything was done and dusted in Lanarvily we set off with the camper again, hoping to be home somewhere late in the afternoon on Monday. Before we went on the highway we wanted to get some fuel so we could keep riding that evening for as long as we wanted.

The first gas station was closed: hmmmm, can happen…

Second gas station was closed:   Might be the Sunday evening…

Third gas station was closed: Might  be only for truck drivers….

We came to the point where we kind of needed diesel to keep going.

fifth gas station was closed: well we can try the next bigger village there were three gas stations.

– Emergency light starts burning in the dashboard that we need to get fuel.-

Sixth one is on the highway: completely fenced off and nobody around…

7th gas station was closed: we already saw that one from the highway…

And guess what: IT WAS ALSO CLOSED….

We already concluded that we where not going to get out of Bretagne that evening. One kilometer before the last gas station we saw a big fire station and we drove the camper straight on to their base. Unfortunately they couldn’t help us with diesel either but they let us stay at their base for as long as needed. Because it turned out there had been blockades at the oil depots in Bretagne, already since Thursday, and the situation wasn’t going to get better soon.  Therefore all the people had been stocking up on fuel already since Friday and by Saturday almost all gas stations had run out of fuel and without being resupplied. Obviously we didn’t know and we also didn’t understand the radio messages so we found ourselves trapped. 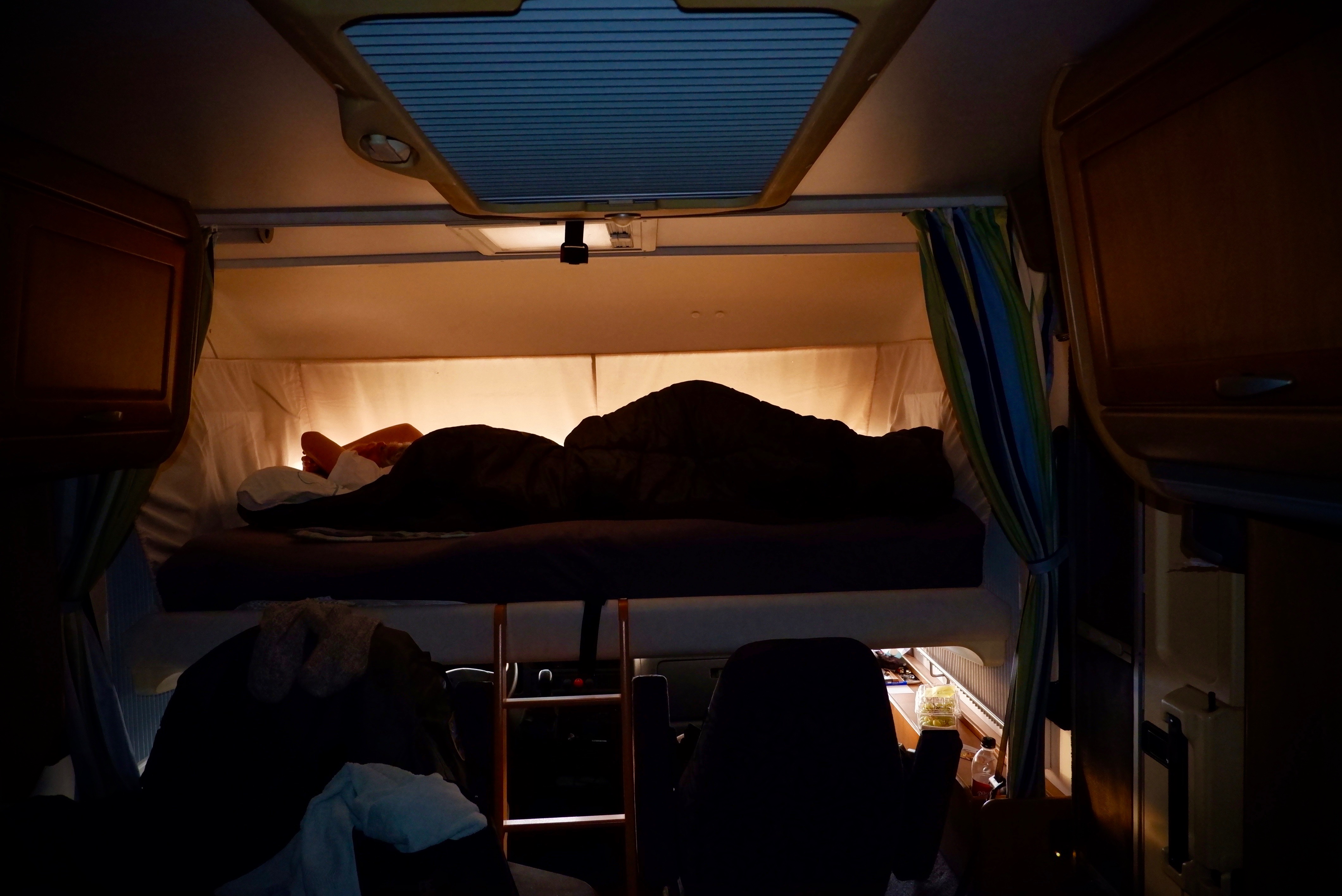 We slept in until 10:00 since we couldn’t go anywhere else. 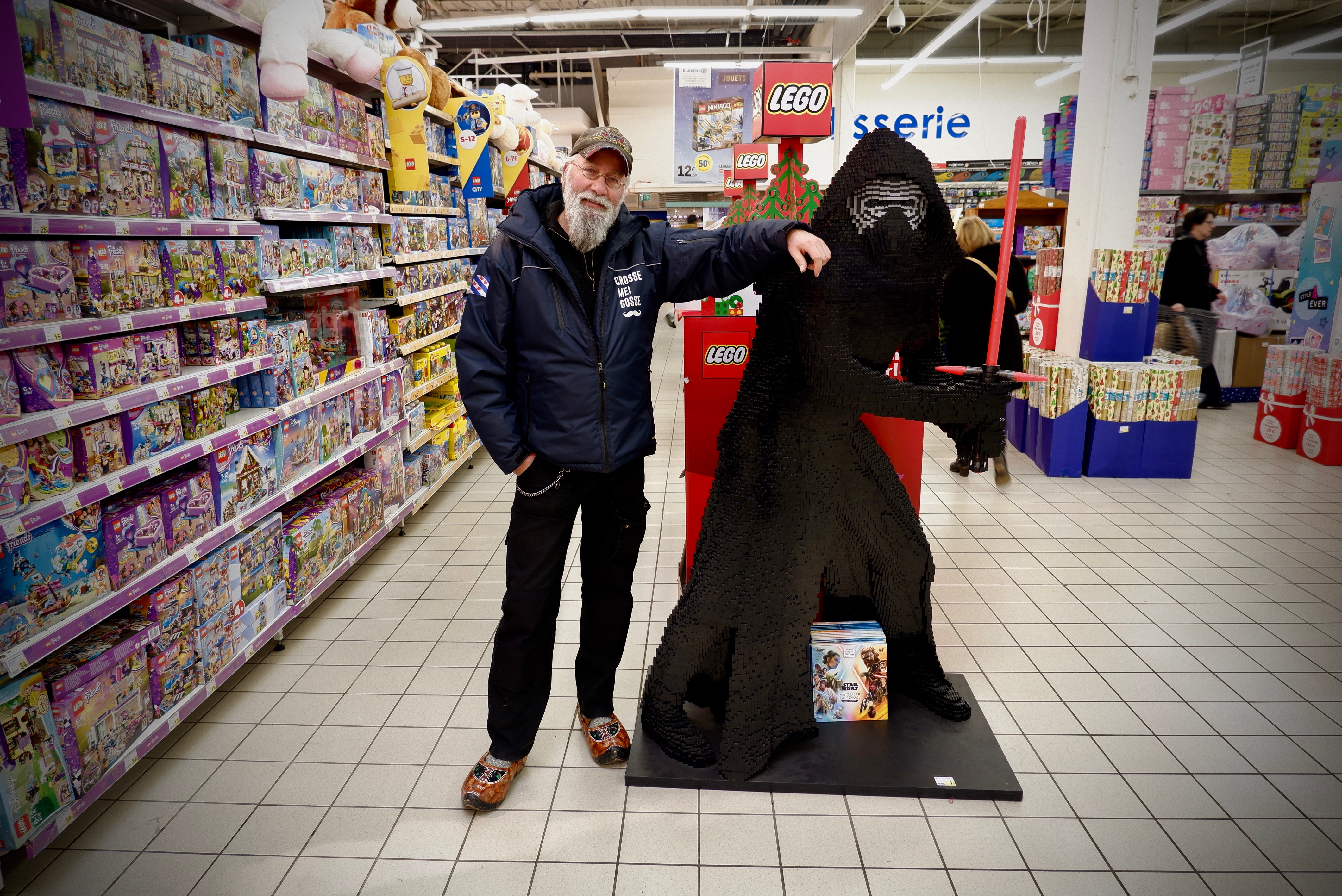 Jelle and a big lego thing.

Long story short, we where stuck in Bretagne for an unknown period, or……. I had to find at least 30 liters of diesel to get us out of there and in to Normandy where the gas stations where getting supplied.  The next morning we went to the supermarket to restock the camper and I was constantly on my phone, calling, texting, emailing and checking the news updates.

In the afternoon I started cycling around with a backpack and a 10 liter jerrycan in it to try and buy some red diesel from local farmers or get fuel in an other possible way. As I was cycling I stopped at every company who had big machinery around as I was hoping they would have their own fuel pump. By doing this I also ended up in the office of a big transport company who I found willing to fill up my jerrycan with 10 liters and then I was allowed to come back with the camper for another 20 liters. Only if I would pay in cash and we get it done quick, this is how we got the  30 liters of diesel which was enough to get out of Bretagne.

We found fuel and got out of there as quick as possible but still  being as fuel efficient as possible. In Normandy we found a gas station who had some diesel left in stock so we could fill up again and keep on going. We kept driving on until late in the night on Monday and we still had six hours left of driving on the Tuesday. 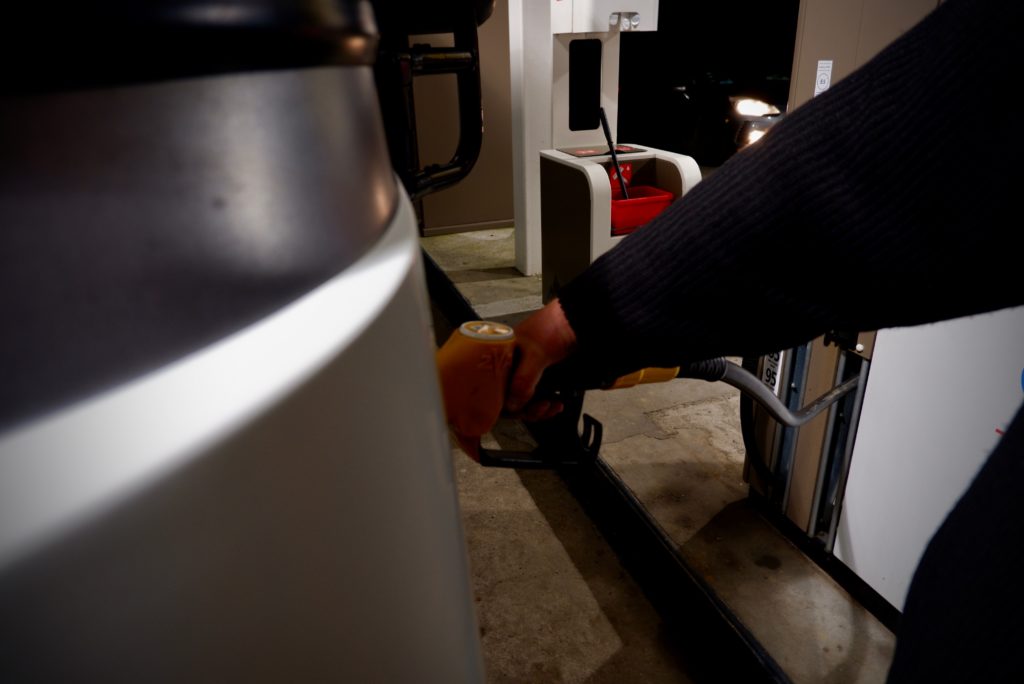 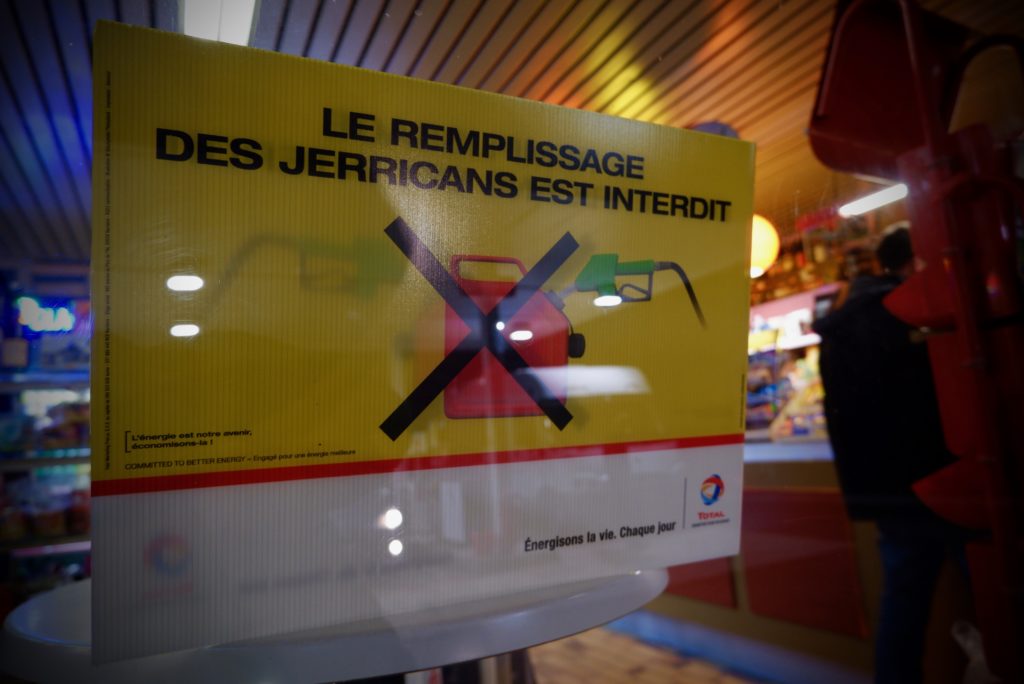 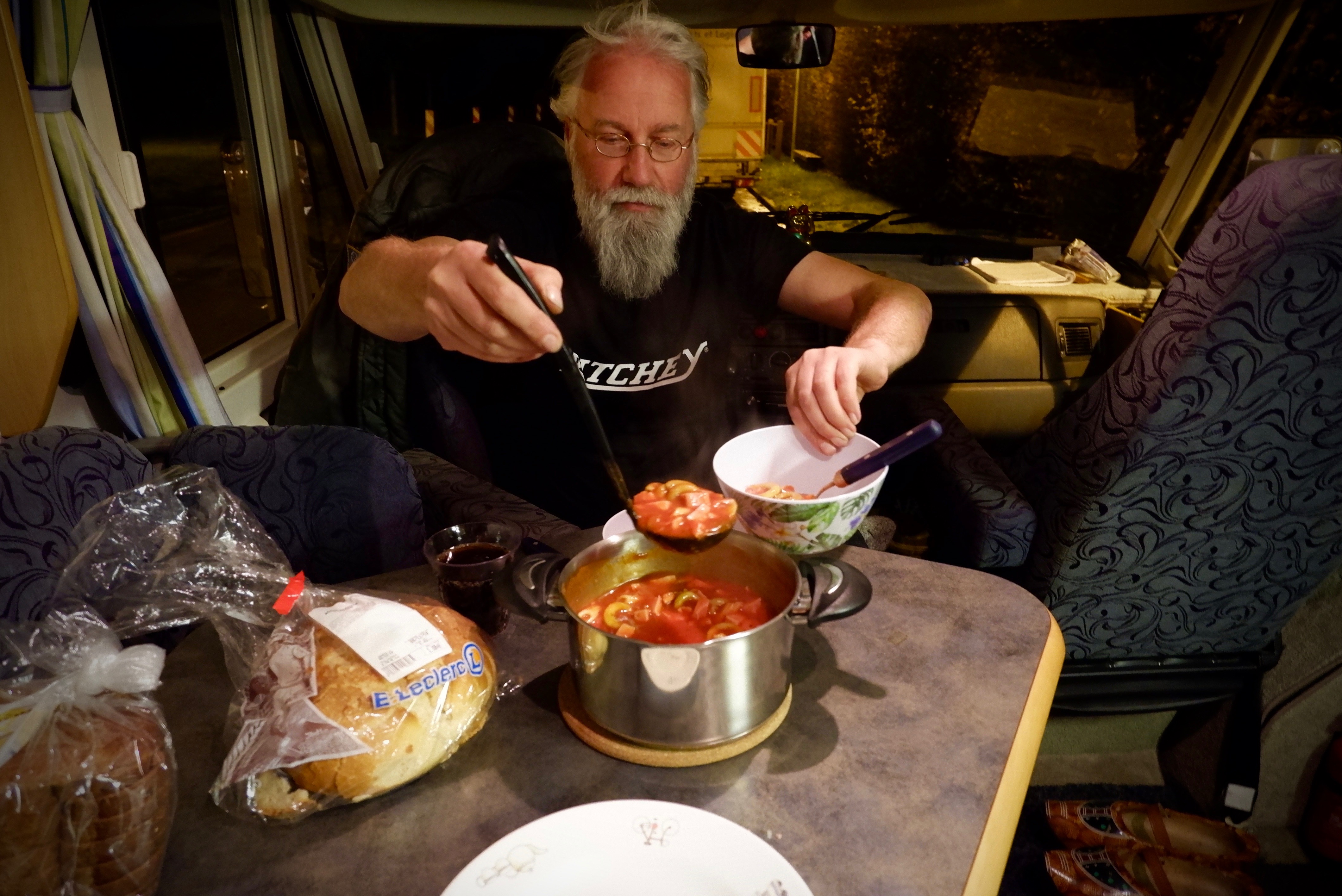 Quick and simply meal for a fast refuel of the body so we could keep going.

Despite being home one day later Jelle was still able to have a ”Sinterklaas” evening (boxing day in the Netherlands) at home with his family.

The next stop is in the Czech Republic on Saturday and if we would have been stuck in France for another day we where forced to go from France to Czech straight away. A situation like this only makes it clear how depending we are from fossil fuels now a days and how easy it is to force an entire region to an almost standstill. We got out in time but I keep an eye on the situation over there, there is also a massive strike all over France planned on the 5th of December so now you know! 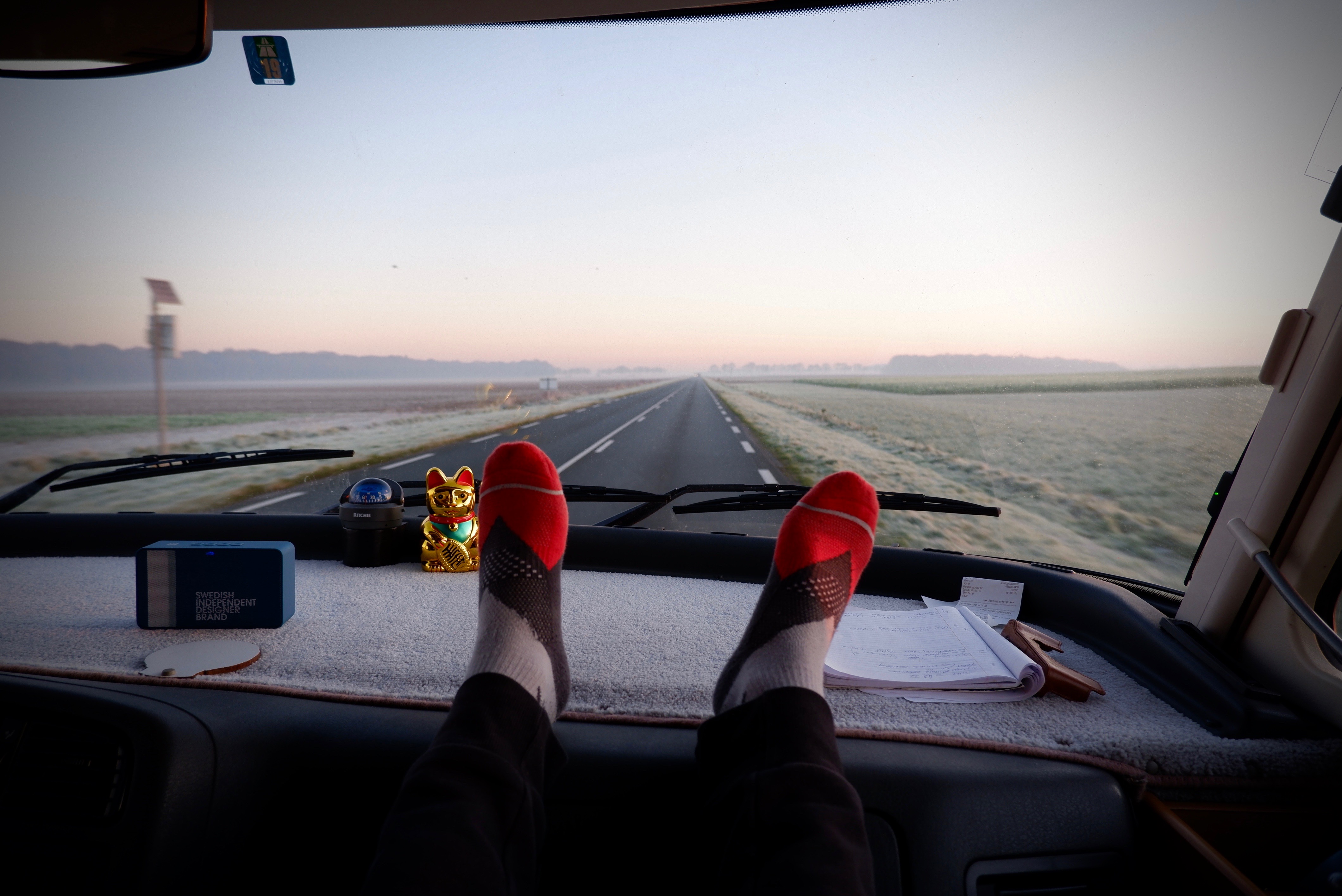 I hope you liked this little insight in another weekend of racing cross all over the world!