Last weekend I went for the first time in my life to Romania and this was a very special trip.  The plan was to go to Romania to get a good amount of UCI points. I came home with a little bit less points then I had hoped for but I instead of that I brought home amazing memories and a really cool experience in this Eastern European country. Before I decided to go to Romania I checked out the travelling possibilities and I was lucky to find cheap tickets, the real help actually came from Timothy Pucarar, the organiser of the Novembercross, who offered me to pick me up from the airport and he arranged me a place to stay close to the race. Little did I knew by then where I would end up a few days later, when I bought the tickets to Romania.

I brought my camera and I want to take you through my days there with some of the photographs I’ve taken.

To travel cheap you have to be flexible with the days so I flew in on Thursday afternoon to the city of Sibiu, from there I got driven to Micasasa and I flew home on Monday morning very early from Cluj Napoca. Because I was early in Romania so I could do a nice ride on Friday to explore the countryside. A nice ride of almost three hours in the region of Transylvania, was the return of coming a day earlier (and saving money on the tickets). 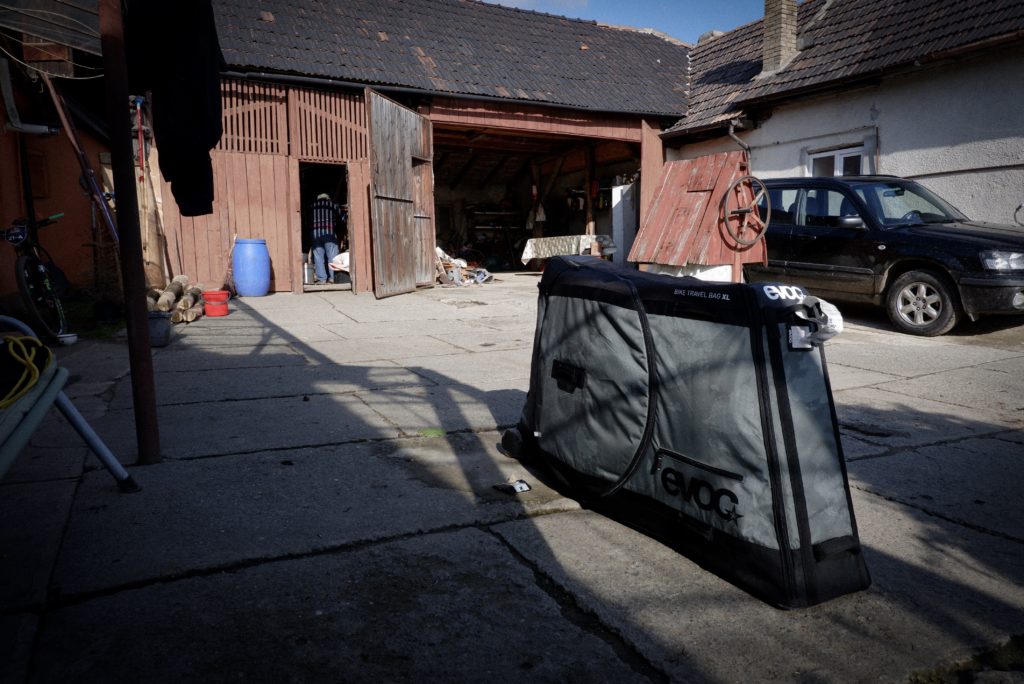 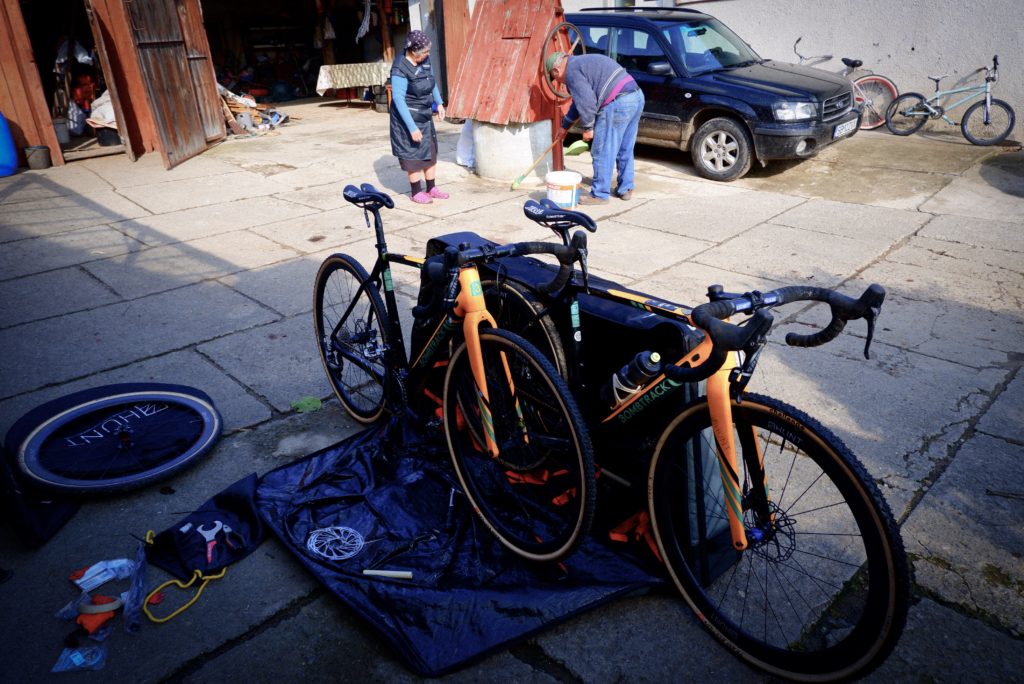 Upon arrival in Micasasa I first needed to built up two complete bikes that I flew in with my Evoc bike travel XL bag. 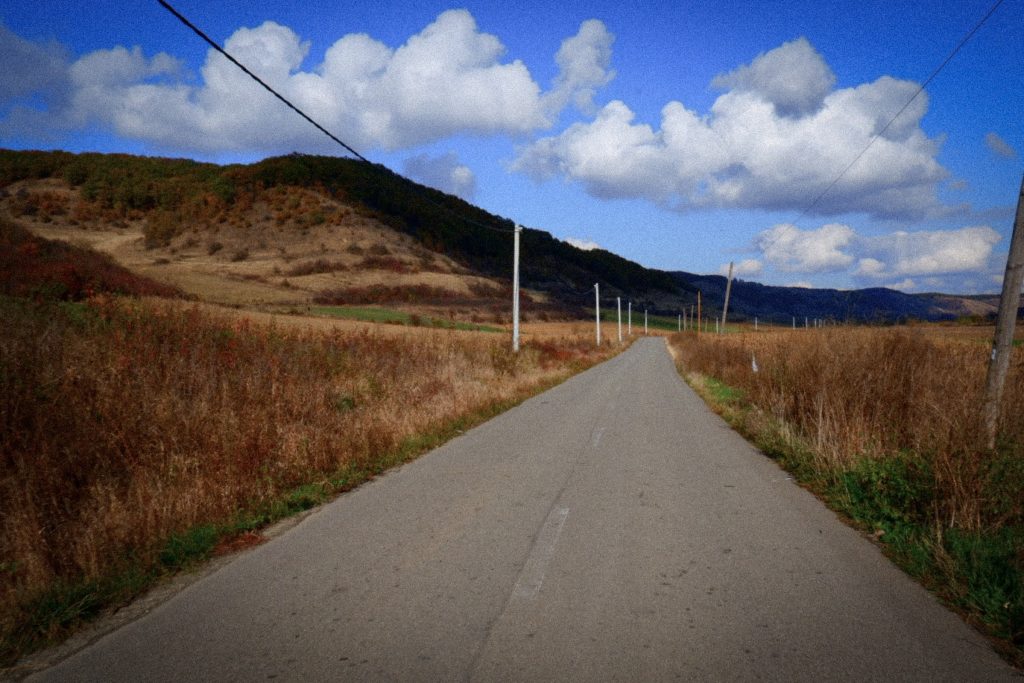 Just me in Romania…

This trip has been awesome so far and the bike is a nice way to get to know a country better! pic.twitter.com/gf5ElJ8QjG

When it comes down to the race and the organisation of the race, I can honestly say that it was a nice bunch of people who made it all possible that there was a course that we could race on. The coolest thing was also that they made everything themselves. The bridge and all the course sticks where made from wood they got themselves out of the forest on the hills around Micasasa. Then they cut the trees in to the shapes to make a bridge or sticks to wrap the course tape around. 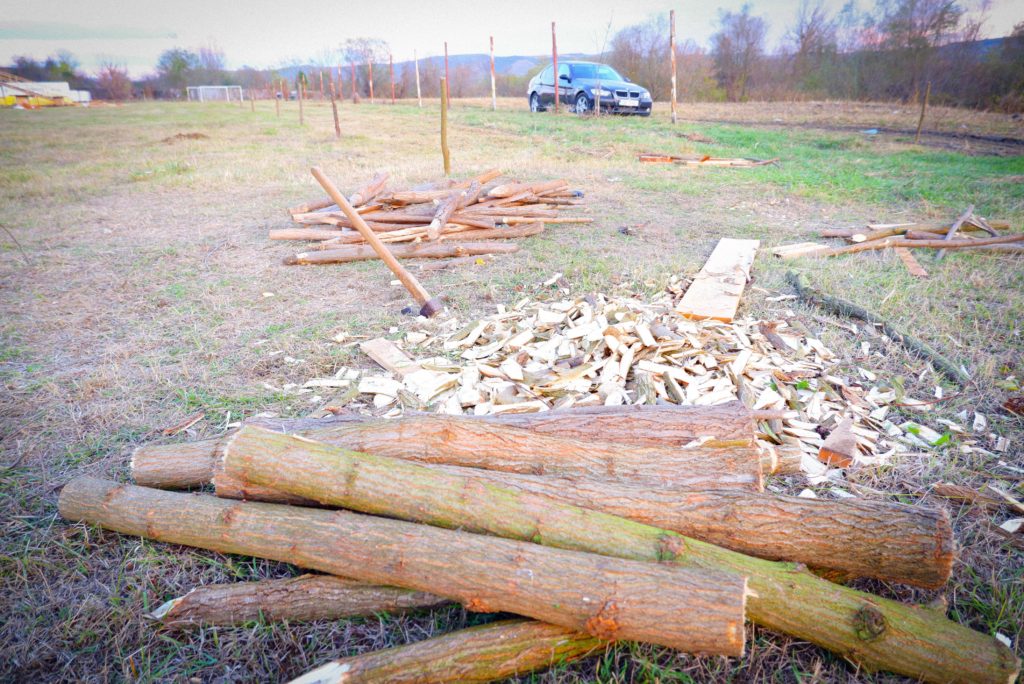 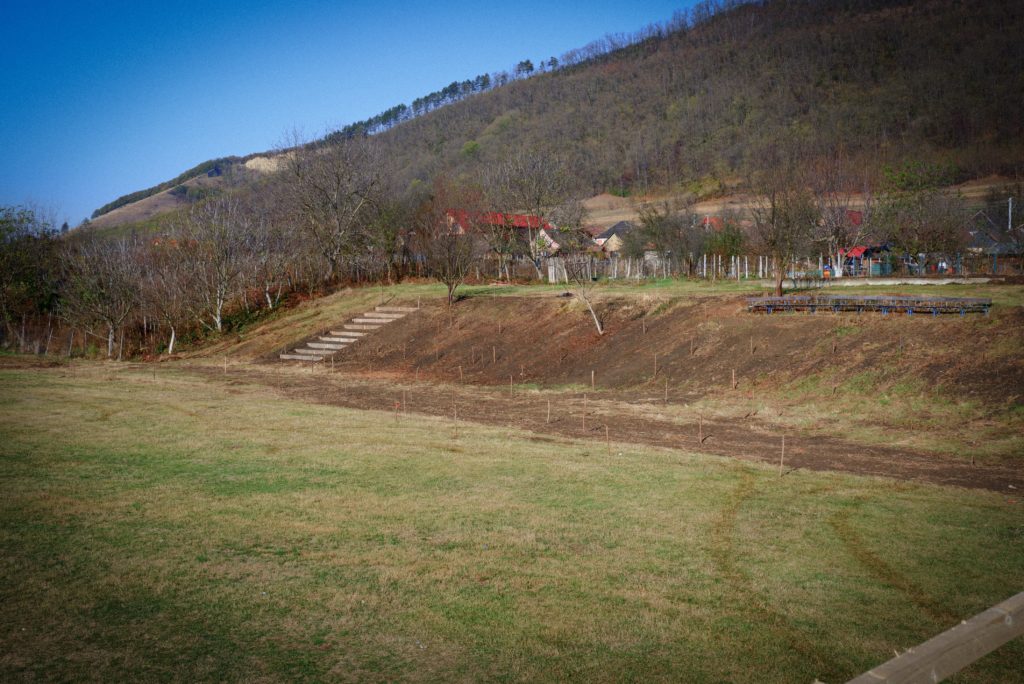 And it was also the first race ever where straight after the race a band started sound checking and started playing on the finish line. While a lot of riders where leaving the volunteers and people from the village stayed to have local made food and have a nice party. After I took a quick shower and packed my bags I went back to the course to enjoy the music and the food.

Micasasa is a tiny town hidden in between some small mountains, there where two little stores where you could by some food but most villagers where living from local made food. 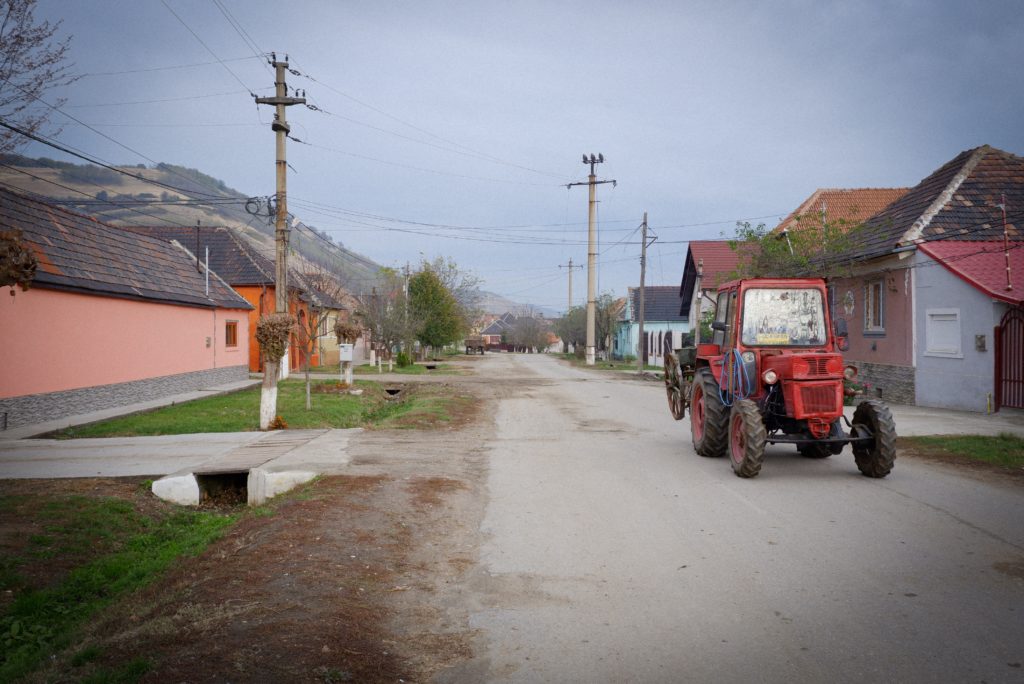 During my stay I got taken care of the best they could, all the food I ate was home or locally made. From the bread, to the honey, to the meat and to the vegetables, I don’t remember all the Romanian words for the different kinds of food I all ate but it was all very tasty and 100% natural. I got hosted by the Pucarar family, together with their neighbors the Lazea family I was taken care off in the best way possible! 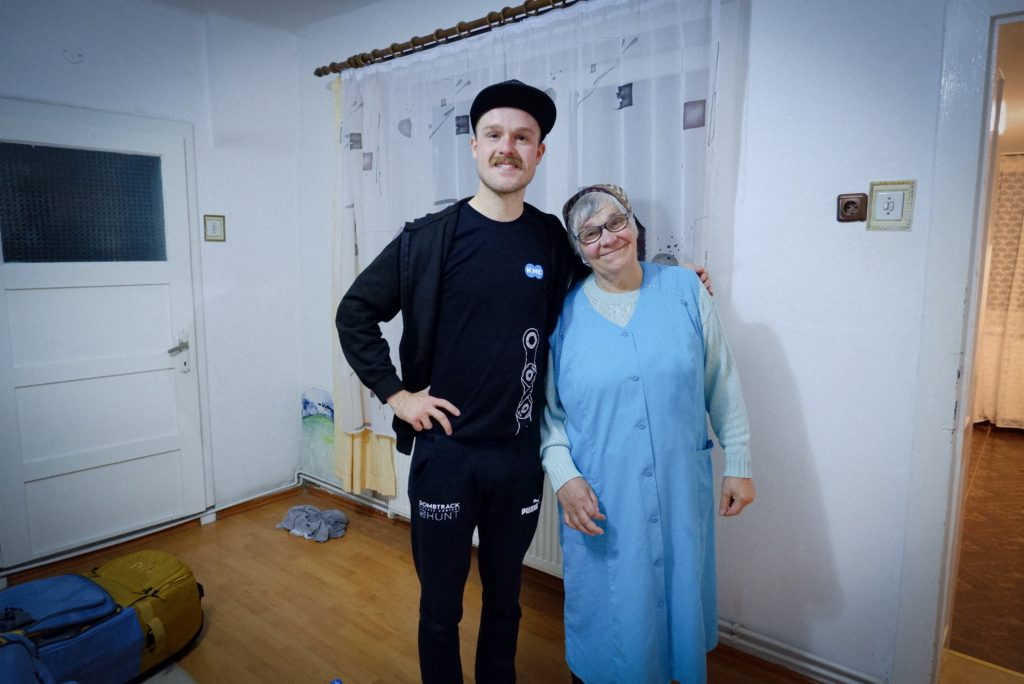 Miss Pacurar was 100% sure that she wouldn’t accept the prize money I gave her. I was happy that she finally accepted it, after I got some help translating that I wanted her to have it because it was of no use for me. The 120 Lei (around 25 euro’s) I received for the 3th spot could buy her a lot of nice cheese and I wouldn’t even know where to swap it for some Euros… 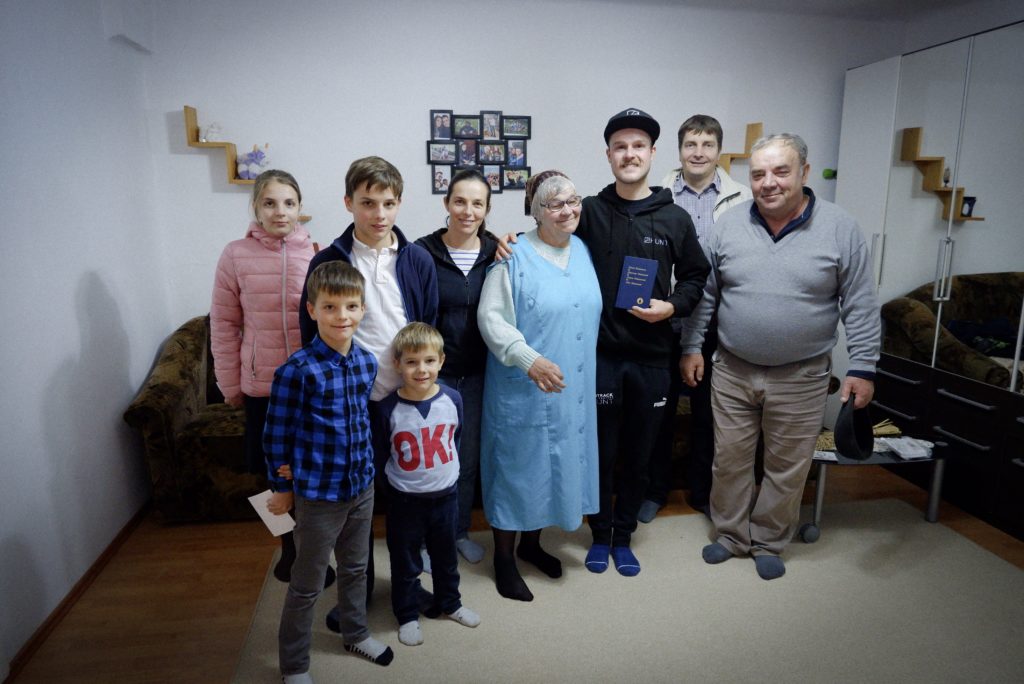 A quick little family photo just before I had to leave Micasasa.

Romania is a country with great possibilities and with people like Timothy Pucarar who put so much effort in bringing cyclocross to Romania by organizing races and setting up a cyclocross training school. When he asked me for a bit of my time on Saturday to give the Romanian riders some tips and tricks about cyclocross I couldn’t say no. It was great to see so many happy faces when the kids where riding, but also to see so many older riders being really interested. Things like jumping on and off the bike are really common things for us because we do it so often and already on a young age. But when you show the Romanian riders different techniques it can make a huge difference for the sport in Romania because cyclocross is just starting to take its first steps over there. On the right it is Timothy Pucarar who worked day and night to make this event possible and is the big motor behind cyclocross in Romania.

The bridge over the course was used as a stage for a band after the race, unfortunately they came down and played in a tent when it started raining a little bit.

The local head of the police made sure that the two prettiest police woman of the force where on duty to step in as podium misses for the race.

As I’ve said before, a race is just a race and they are almost all the same.

It is not the races that you will remember but the memories you made around them. 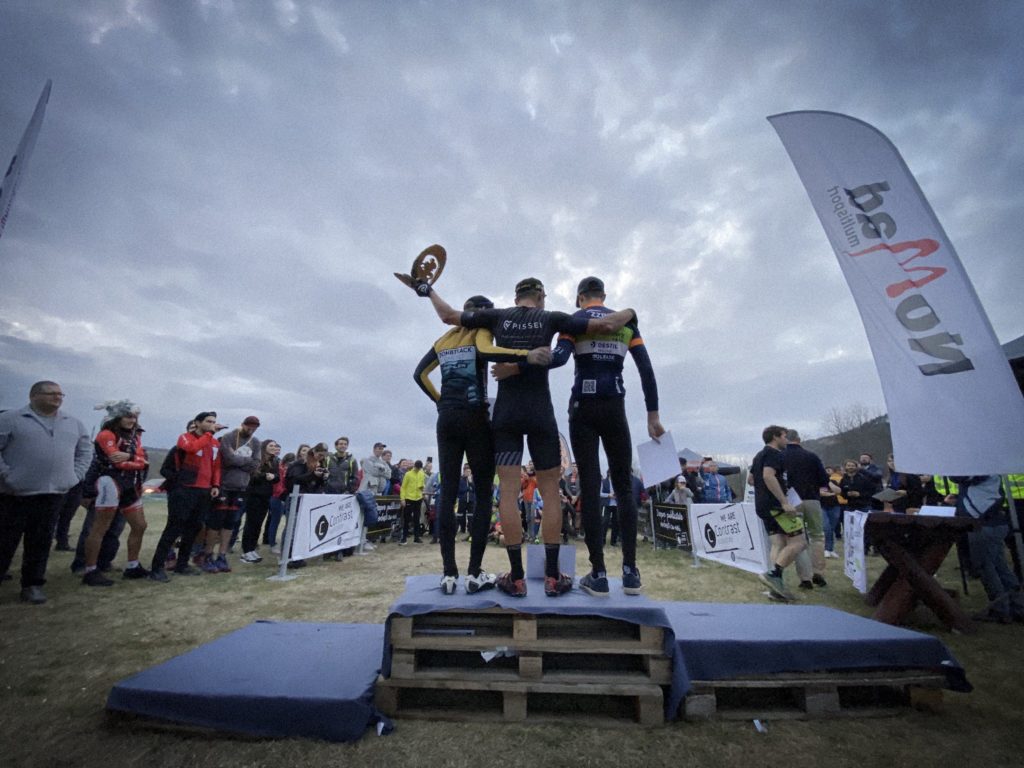 I finished 3th in the race behind the old Czech fox Emil Hekele and the quick Dutch rider Maik van der Heijden.

Ps. Here you find a little video I made from the Cyclocross Nation School on the day before the race: