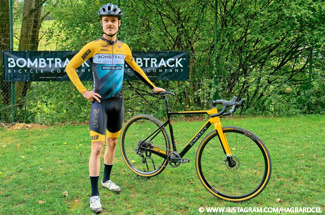 CX-season 2019/2020 has officially started for Gosse! He traveled to China for his first race of the season and battled for a podium spot.

Gosse had some good memories about the Qiansen Trophy Aohan Station. Last year he managed to grab the win in this race. With a difference approach to this season, but with a lot of motivation and nerves for his first race of this season Gosse was at the start line again. On the fast parcours Gosse battled for a podium spot, but eventually finished 5th.

“I was hoping to get more, but I am still on the right track for a good season. I chose to ride really hard tires with all the flat tires in my mind from the past few days, but it wasn’t the best decision I ever made. There is still quite some work to do on the explosive side of my shape. Getting 5th on base shape is descent though and the European CX season is still far away”, Gosse commented after his race.

The next days Gosse will travel a lot to ride his next race on the 7th of September, when the Qiansen Trophy FengFeng Station takes place.