https://twitter.com/Gossinki/status/1363397684032380928 Never in my life I’ve had this feeling…. the only thing I could think of was “I quit this, I want to go home, I don’t want this anymore”. Directly after that I terminated my apartment in the Italian village Pienza in Tuscany. The day prior I posted a litte video on twitter, showing the beautiful surroundings during sunset, one day later it felt like something had broken inside me. I didn’t want it anymore, it has to stop here. That kept sticking in my mind, until I was laying in bed with tears in my eyes. Never ever in my life I’ve had this, but I wanted to get away, away from this beautiful area in Italy, away from the Italian sun and away from this training area. Actually I had it all perfectly set up there for myself. One week prior I had competed in a winter triathlon worldcup in Asiago in Italy. This gave me a free pass as a professional athlete to enter the country without the needed quarantaine upon arrival. Of Course I had to do a PCR test again to enter and to compete. But it also meant that I could stay in Italy after the event to keep training there, so I decided to rent an apartment in Tuscany and do a big block of training there. https://twitter.com/Gossinki/status/1362779956338688006 On my own  I travelled further and further down south, temperatures where rizing  and the landscape was getting prettier and prettier. Though, something started to get in my mind as I was driving more down south on an empty highway. Normally I am away from home 7-8 months per year, always with happiness and excitement about what was about to come. This time I was on my way because I thought I had to do so, my last season wasn’t as good as I wanted it to be so I had to do everything I could to be better again next year. That was something that got stuck in my mind. I thought by doing a big block of training in Italy that would be the way to go, but I overlooked one major aspect. I’ve been a contacted athlete for seven years by now, and basically every day is focused on becoming better and the next event on the calendar. Because if this I never had a problem leaving everything behind to be completely alone and work hard for that one goal or that one event or that one race or even that one climb in a particular race. And there I found myself in Italy, tears in my eyes and not a single clue why I’d left everything behind again and to go all alone to Italy to train. My schedule for the coming year is still completely empty but still I was sitting there all alone. Every day I came back from training between 12:00-14:00, then I ate something and waited until 18:00 to eat again, then I waited until 22:00 to go to sleep. I didn’t saw a single point in keep doing this and actually I was really unhappy there in my nice apartment under the Italian sun.  I’ve always put my happiness in my own hands during my sports career and I’ve always based my decisions upon my own happiness. I am riding my bike for fun, and I am extremely happy and grateful to be able to make a living out of that, but this time it was the first time I was getting really unhappy by what I was doing. I enjoy the races, the crowds and the roadtrips together with my mechanic or others. The complete season I’ve been traveling alone with my camper through Europe to make something out of the season. In this strange season I got everything out of it from what I could possibly do. I wanted to be that bike racers, so I would do everything I had to do, even if I had to drive all over Europe alone to be able to race. Always there was a goal, a race so I went, I went with a smile and excited as always. https://twitter.com/Gossinki/status/1364878543130394630 Keeping control about situations is something which is really important to me, so I cancelled my apartment and packed my bags. The next morning I put my bikes back in the car and drove back to the place where I always feel at home. In Switzerland I’ve found my second home but it feels like my first home, the day after I came back there I kept my bikes aside. This day I could be found in from the first until the last lift out on the skis. The days after the skiing I was back on the bike, happy as always, every day four, five or six hours through the Swiss mountains. Back at the people who I like to keep close, but not alone anymore without a goal. 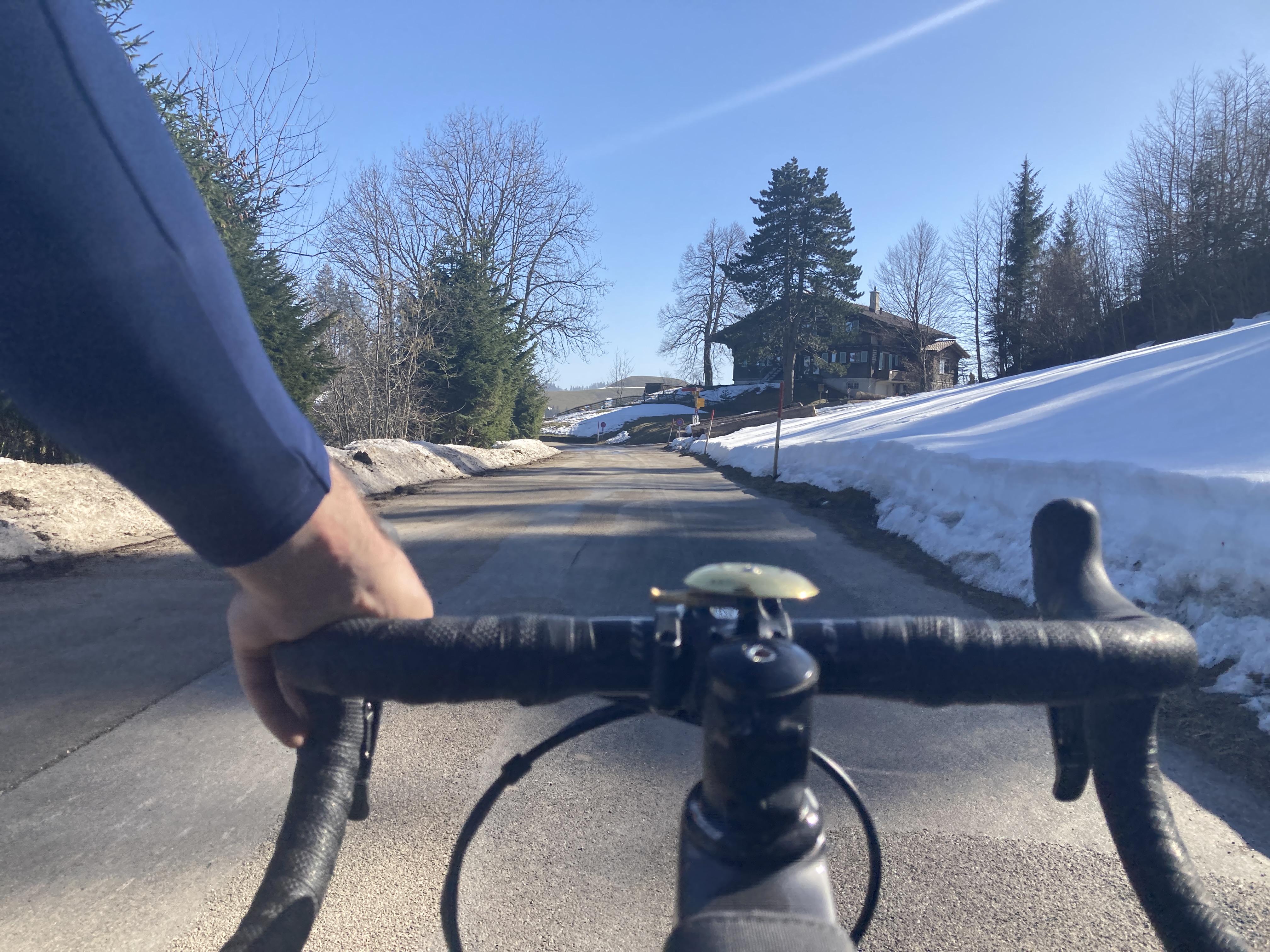 Topsports is very lonely, but an athlete needs goals to work towards. My goals have fallen away for now and all of a sudden I felt very lonely. During my time in Italy I’d been searching the internet all over to buy myself an nice Vespa to restore and maybe be able to train behind.  Since I left Italy out of the blue I just took a gamble and decided to call an Italian who had a Vespa for sale with the question if he would be home in two hours from now. He answered the phone only by saying ”pronto” and I new I had to be quick, still unsure if he spoke a single word in English I just started to say ”Vespa Vespa” and after a short conversation in English, Italian, German and Dutch I managed to get an address where I could meet him in two hours.  I took the first exit from the highway and drove another two hours extra to go and look at this Vespa, hoping I didn’t got catfished by this man. It was a mirakel how I ever got this Vespa in my Renault Kangoo together with 3 bikes, 4 sets skis, 2 big sports bags, and 5 big shopping bags, a toolbox, a box with spare parts, a box with ski wax stuff, and a collection of about 12 shoes for various purposes. 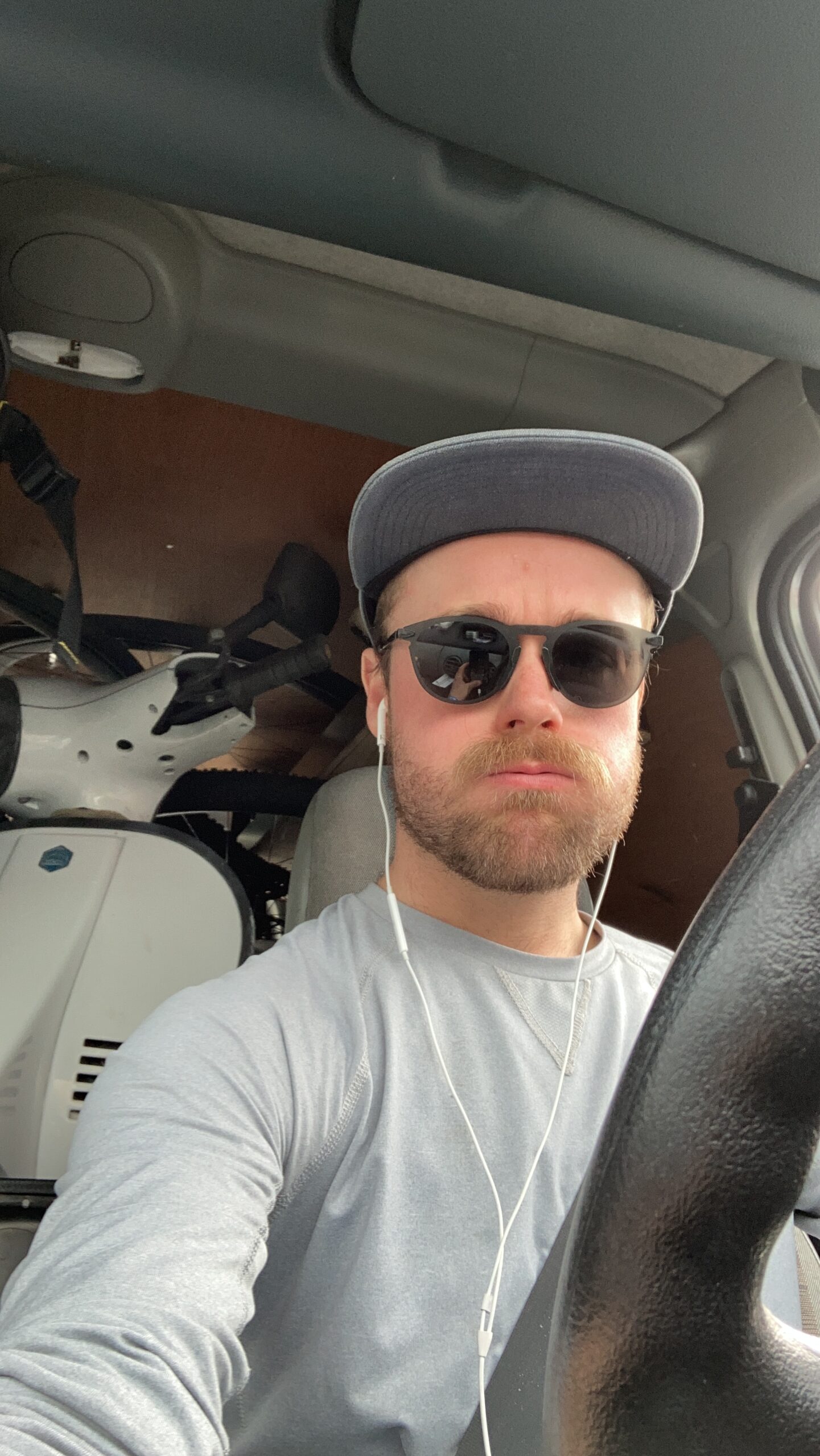 With the car hanging in the back springs I drove back towards the Alps to cross the border back to Switzerland. From there it was still around three hours and I travelled for around 14 hours, picked up a Vespa and arrived at my second home in Bern, and with my mind already riding a bike back again through the Swiss mountains.

Ps. Just for the record: I am not going to quit racing bikes, I only quit this trainingcamp in Italy but I am now in Switzerland training even better as happy riders ride faster!