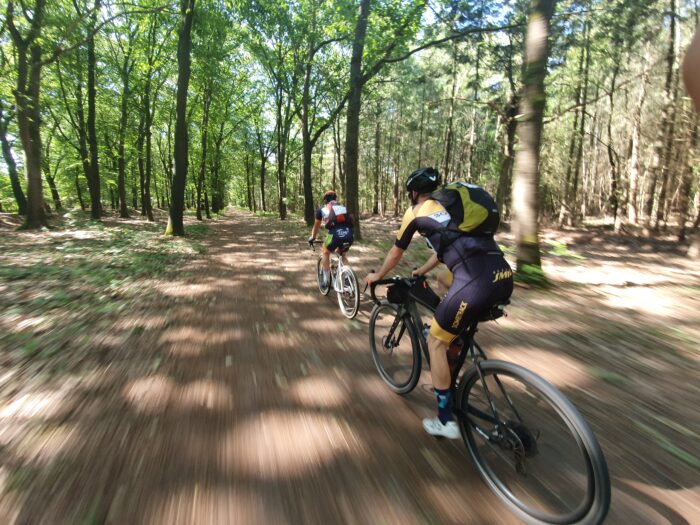 Normally I would be in America now, in Emporia (Kansas) to be precieze…

There I would be competing in the Dirty Kanza (a 200 mile gravel) race to see who is the fastest on those gravelroads. Unfortunately it all got cancelled but Laurens ten Dam and his Live Slow Ride Fast colleges came up with the idea to do a 200mile gravel ride at home on the same day (30th of May) and also start at 6:00 in the morning.

He called me out in his podcast to do this, and a week later he sent me a message with a link to an interview where was stated that Lars Boom and Gosse van der Meer would also be doing a DirtyKanzelled 200mile gravelride around their house.

From that moment on there was no way back so the preparation started, and as Stan Godrie saw online that I was working on a route he called me and just said: ”Yo dude, I also want to do the Dirty Kanzelled but really don’t want to ride 322km alone… would you mind if I tag along with  you?” .  Joris Nieuwenhuis did the same but he didn’t felt to much for a 322km ride so he tagged along for 200km.

There we where, the group of friends who cycled all around the Netherlands last year where now up for another nice weekend!

In 200 MILES OF SMILES you follow three friends having an awesome time and getting completely wrecked during the day.

Good vibes, nice people and riding bikes where once again the ingredients needed for an unforgettable weekend!