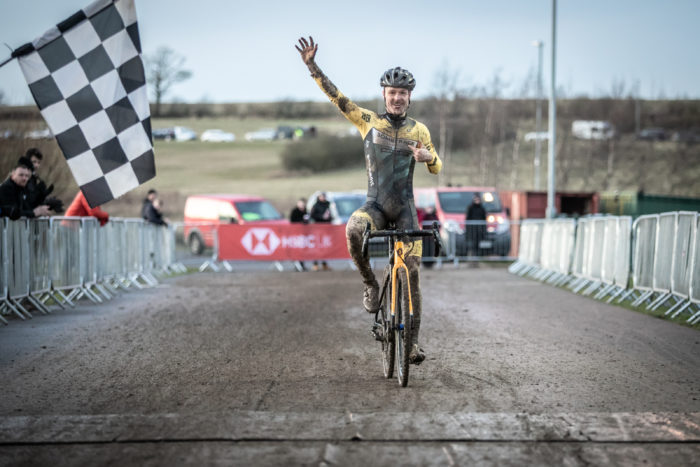 After travelling all over England for all the races of the National Series Trophy it would all come down tot the sixth and last race of the series in York to decide who would take the overall victory! I flew in on Friday but this time an extra bike got shipped over the the UK, three bikes, nine sets of wheels a solid pit crew was standing ready and there where good vibes only!

The goal of the last race was clear, I had to finish in front of the current leader, six time overall winner, Ian Field. After some nice tight racing during the season so far I knew it wasn’t going to be easy, specially since I wasn’t forgotten his strong ride in the second round when it was really muddy in Milnthorpe. Ian won that day and I got second, during the third round in Irvine we where racing on a fast and dry course and I could get away with the win and Ian got second. It would be tight who would take the overall and the mud in York would decide.

Straight from the start I felt really good and all the running suited me well, I got in the lead of the race pretty early and together with Gianni Siebens (Bel) we where opening up a gap to the big field. This race I was on a clear mission: to take the overall victory and therefore I was less focussed on taking risks to take the race win. Halfway the race the gap was almost a minute and I knew only had to be focussed on myself. I heard the speaker saying I was virtually in riding in the yellow jersey, the number three was almost 50 second behind me so I didn’t want to take any risks anymore. With bike changes every half a lap, stepping of my bike just a bit earlier then what I normally do I knew I was giving away the win of the day but it was the bigger picture that counted. And I am happy I can say: ”mission accomplished”.

To keep this story short and to let the photo’s speak for themselves I can only say that I am extremely happy with taking the overall victory in the National Series Trophy. I could have never done this without the support of Hunt Bike Wheels and the teammanager for this entire adventure Ollie Gray.

Since January of this year I had never been to the UK in my life… Now it is one year later, eight trips over and I’ve been riding my bike in a lot of cool (and wet) places all over the UK!  I can’t wait to come back in February for the British Cycling Award Winners dinner in Manchester.

Below you can see why cyclocross is an individual sport that can’t be done alone:

Ollie, Dan, Dan, Matt and everybody else MASSIVE THANKS!

And a shoutout to another Matt for the awesome course support and sick pictures.

Ps. Tire pressure facts are all the way on the bottom of this page. 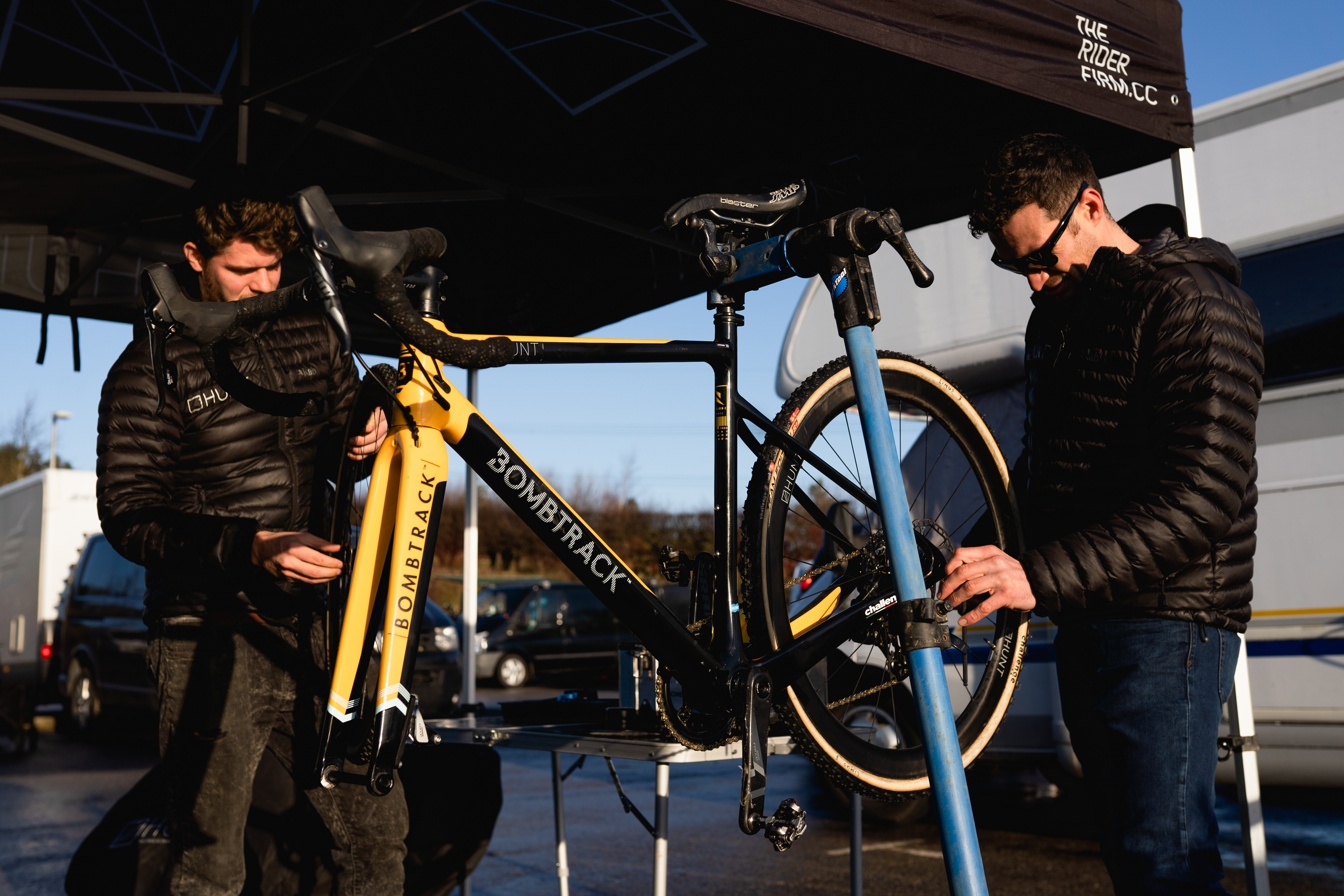 Last touched to be made on the bikes.      (@breakawaydigital) 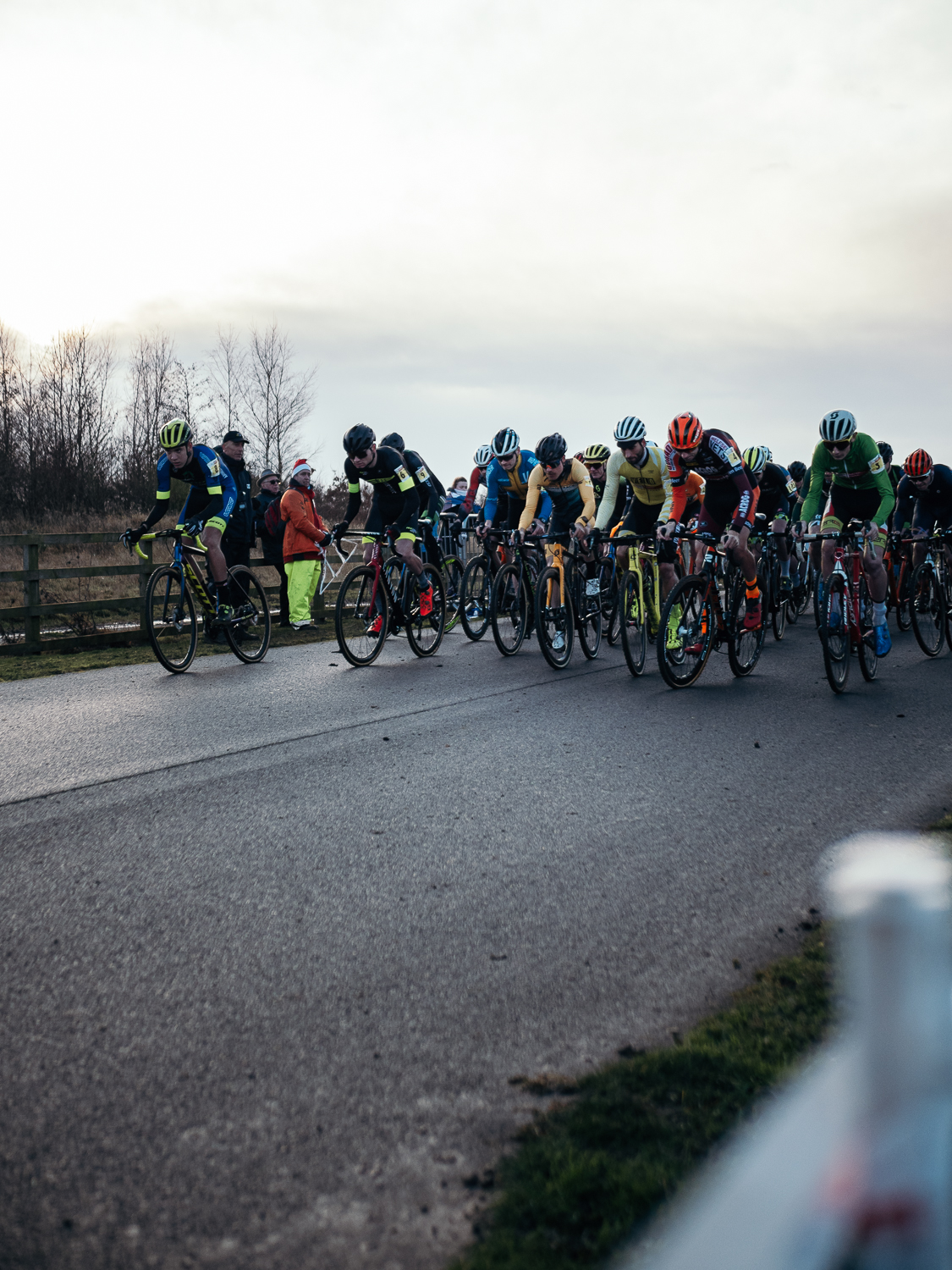 The start of the hour where it was all about.   (@getwildmatty) Just an awesome shot by @breakawaydigital. Making the guys in the tech zone clear that I wanted 0.2 bar extra in my tubulars.     (@breakawaydigital) 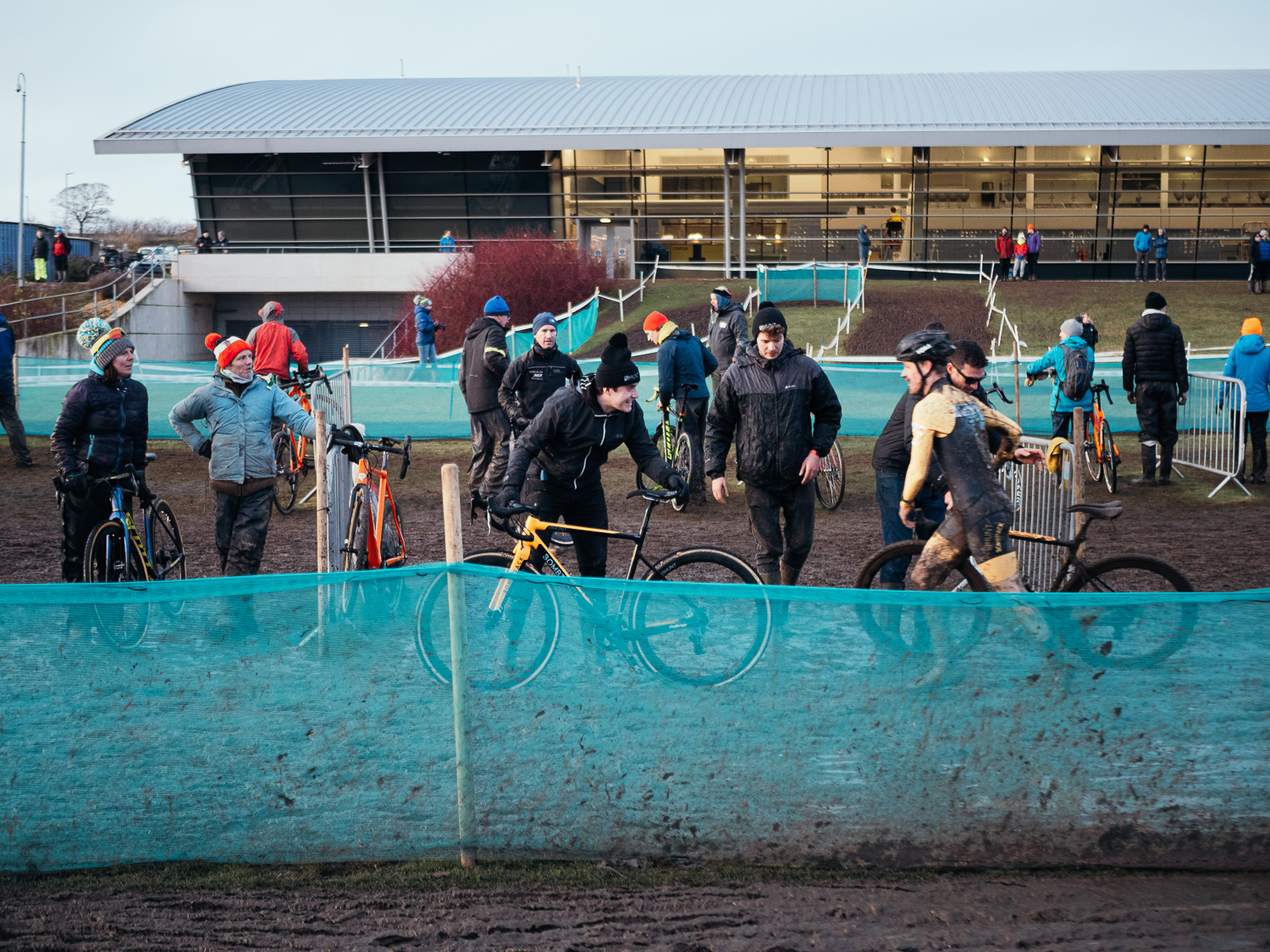 Taking off with a adjusted tire pressure. 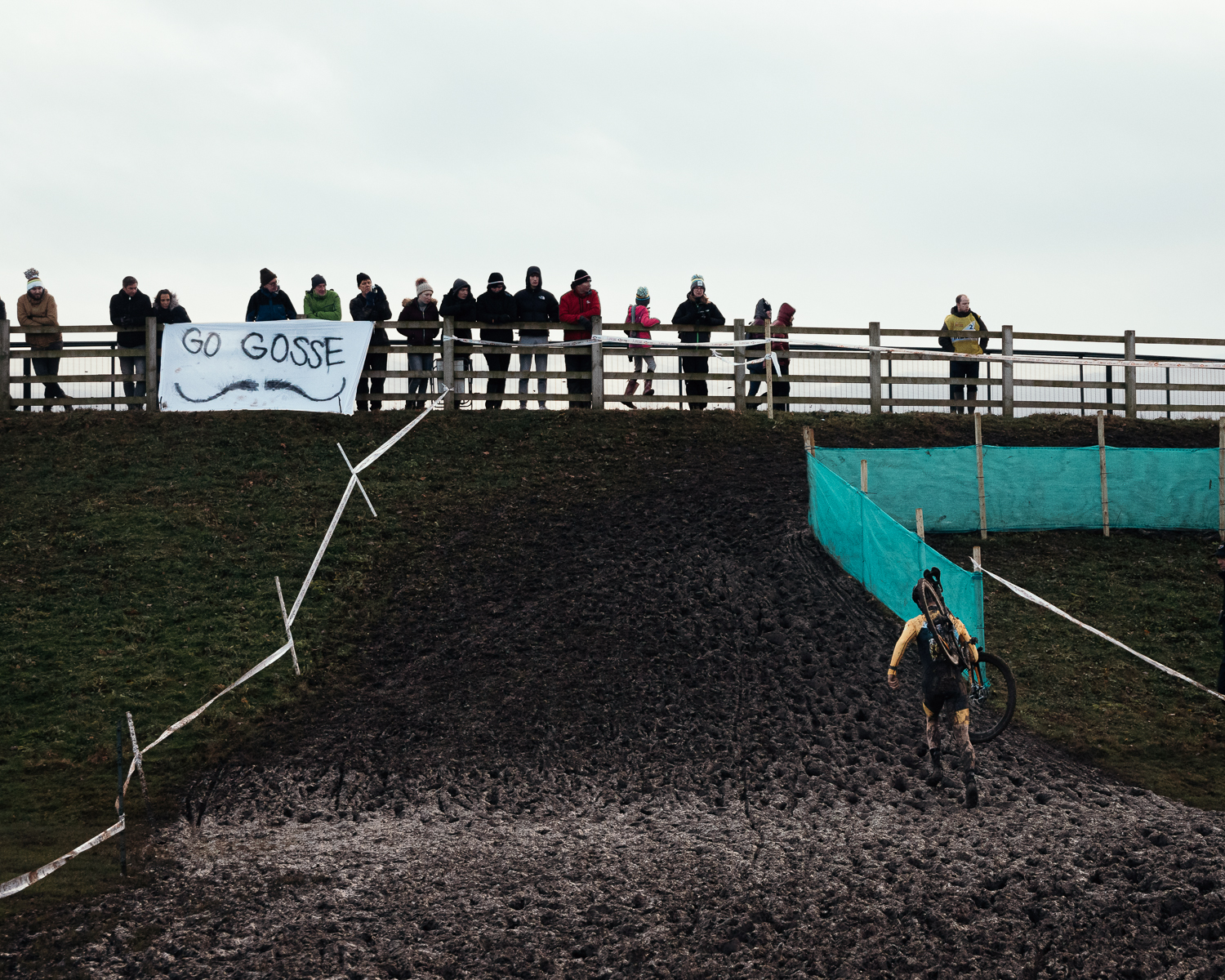 My local support club also came out to the course.     (@getwildmatty) 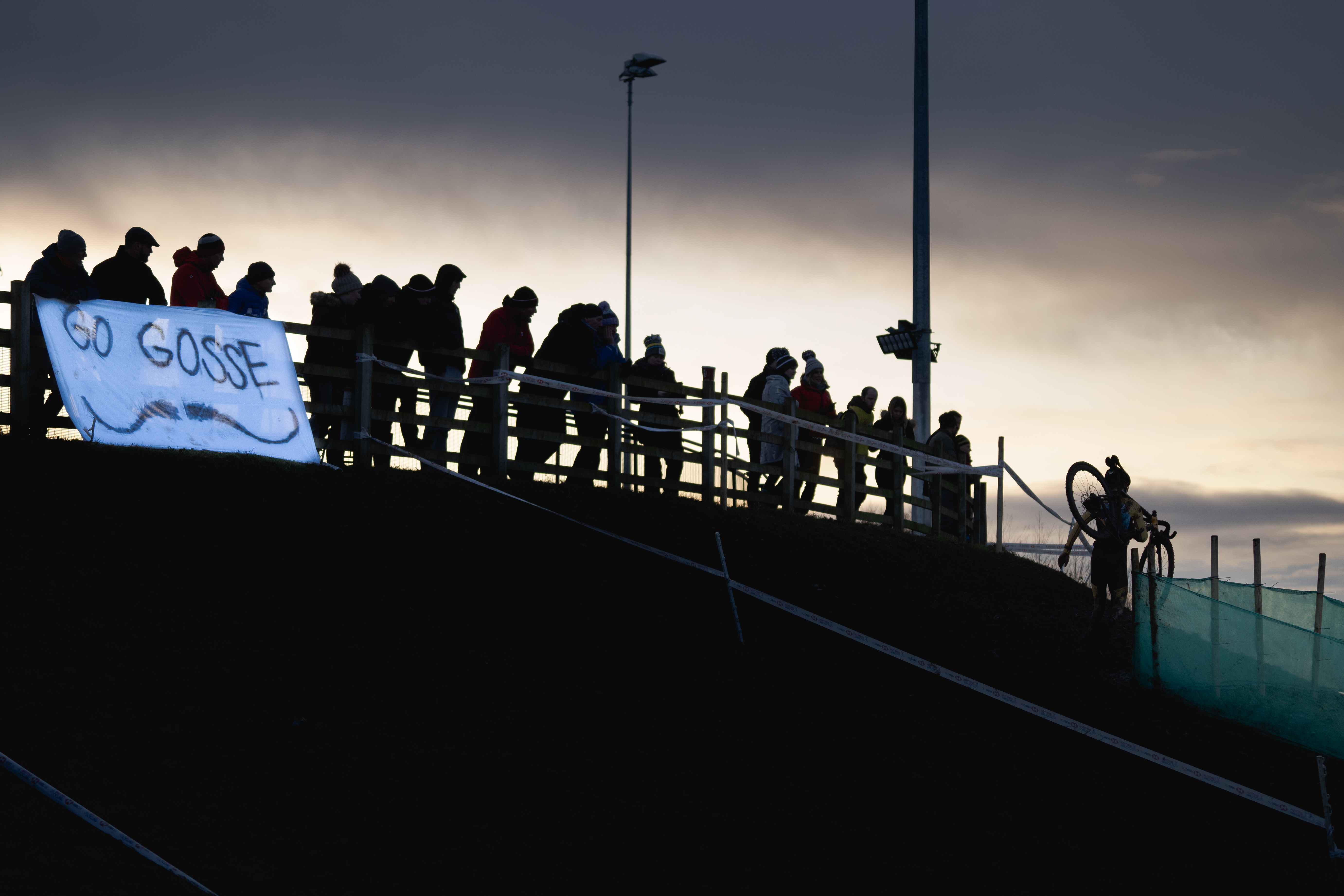 Pit crew was keeping a sharp eye out on the race situation.     (@getwildmatty) 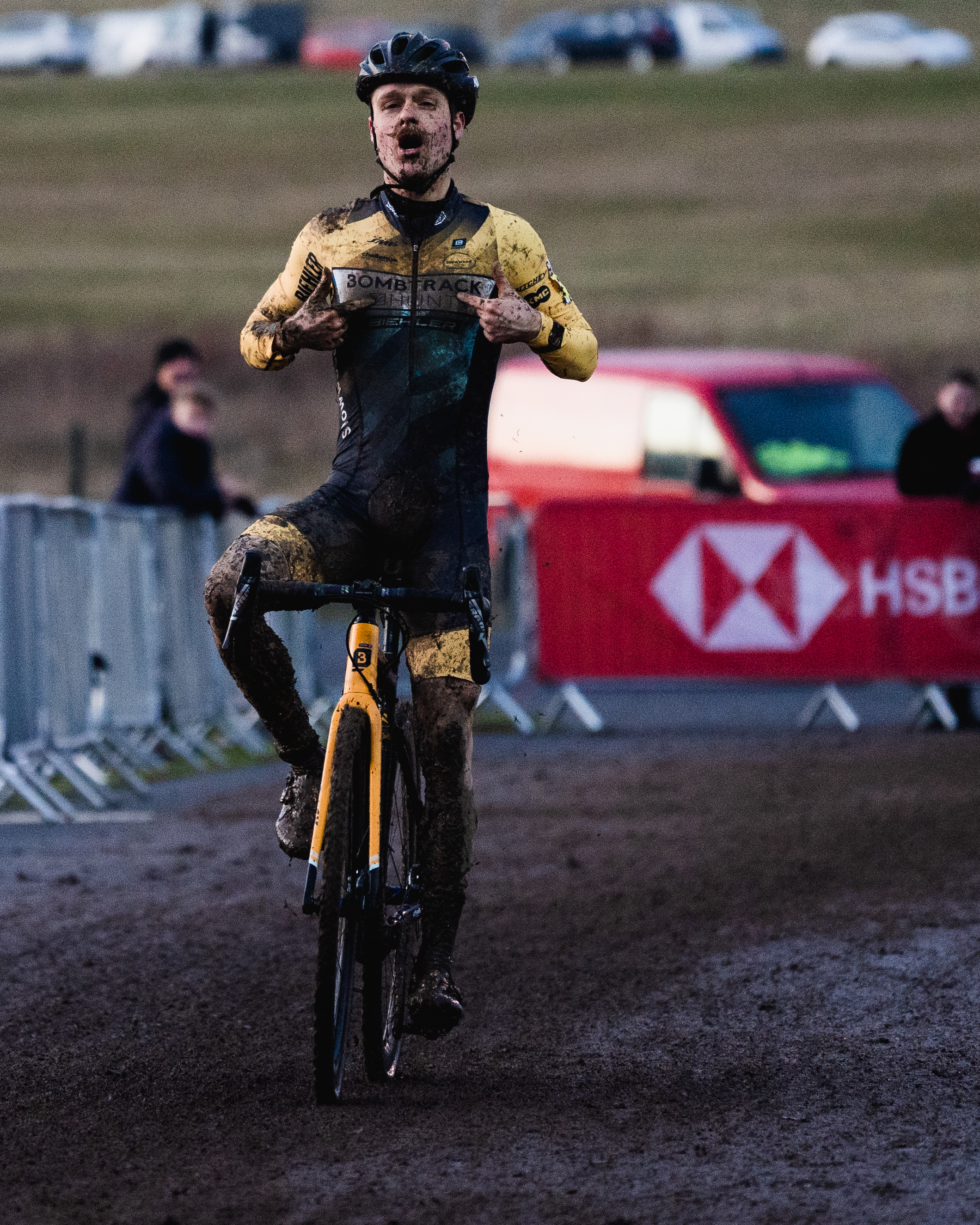 Happy with the overall win and giving back something to Hunt.    (@breakawaydigital) 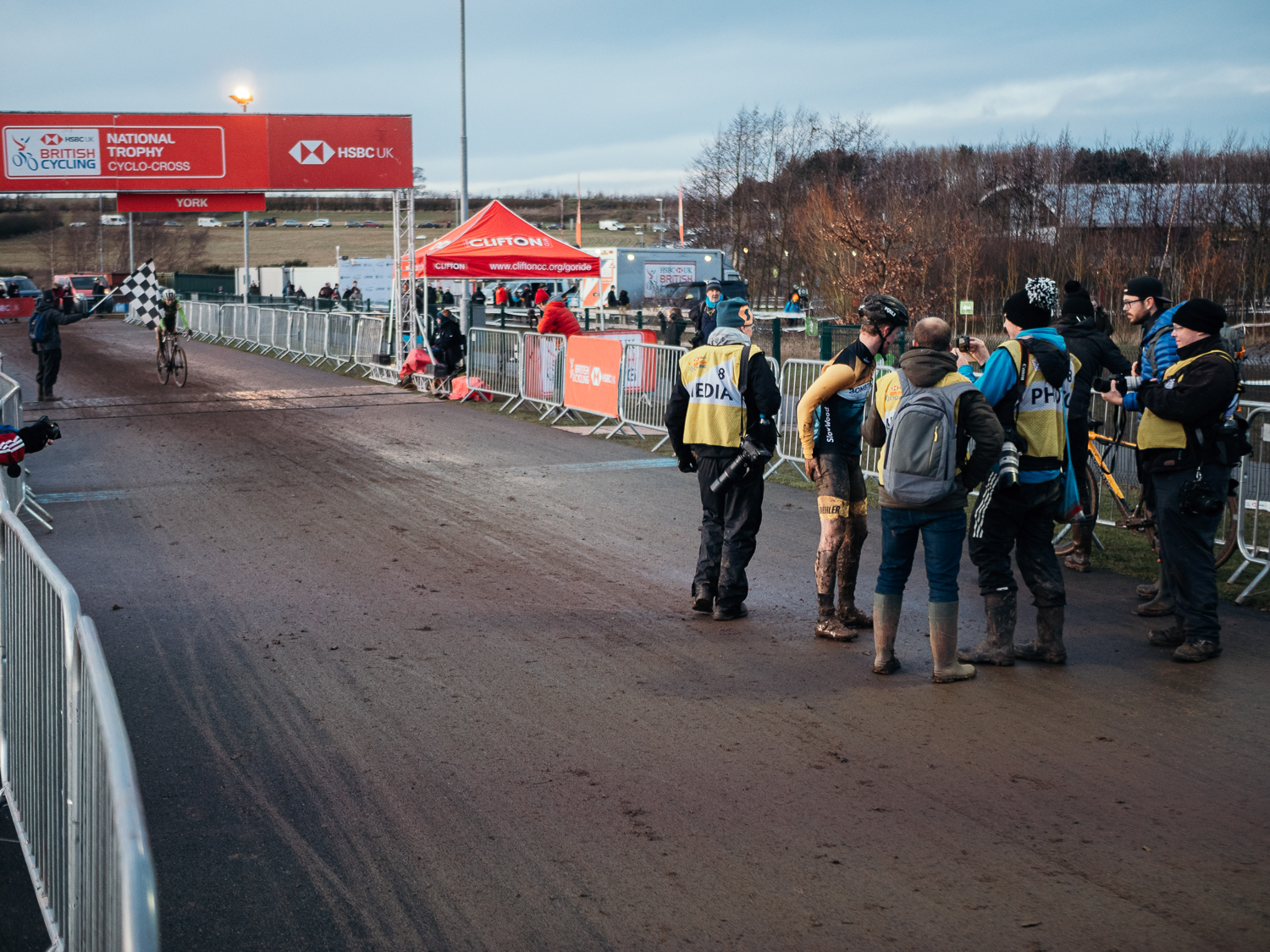 Media was waiting and the interview below got recorded.      (@getwildmatty) 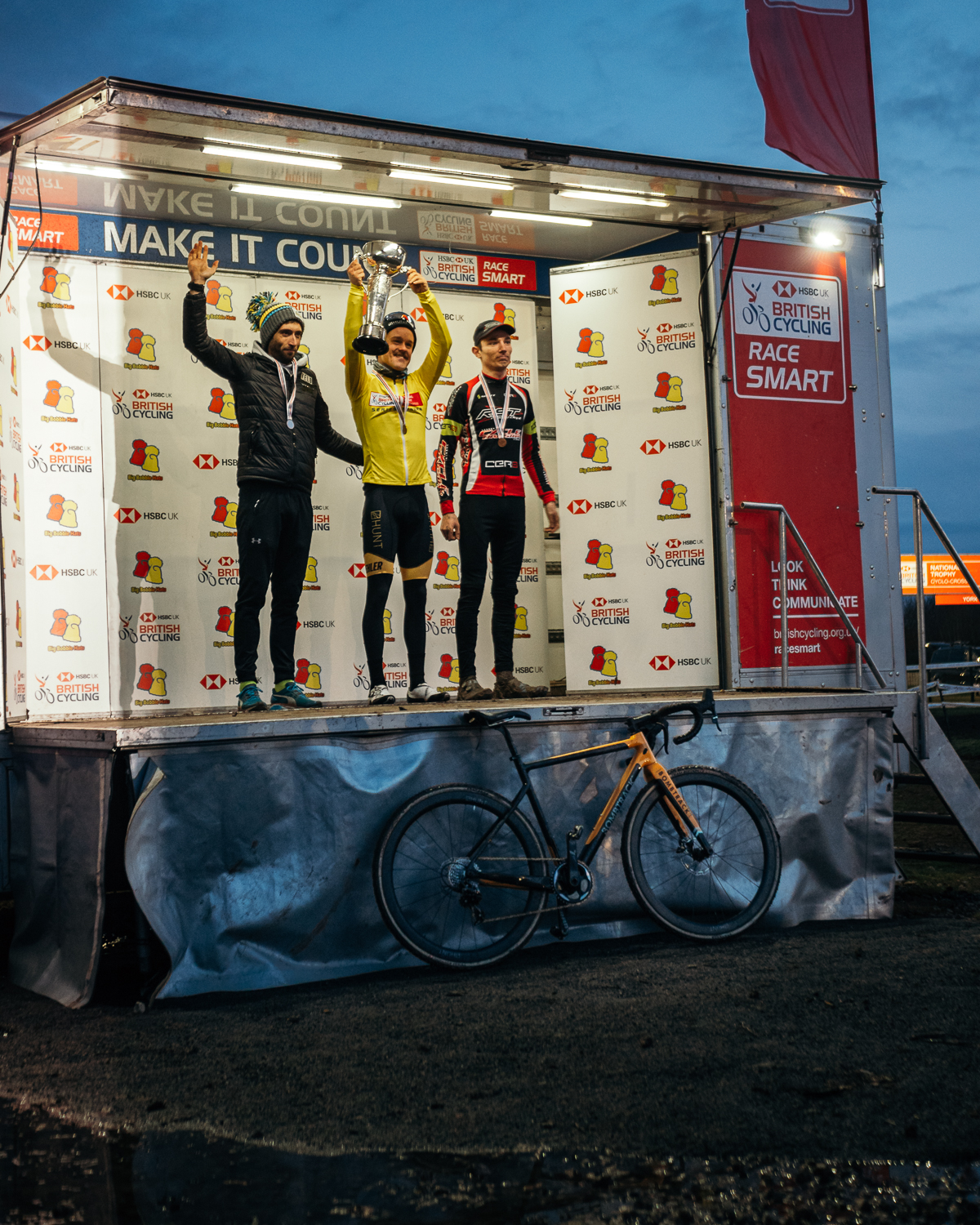 Thanks a lot for scrolling down so far, I hope you enjoyed. We definitely did during all these road trips all over the UK! Tire pressure facts of the weekend:

Tire pressure are a huge thing in cross and can play a crucial role in the way a race evolves. Because of the extreme muddy and slippery conditions I was riding the Challenge Limus tires with 0.8 bar in the front and 1.0 bar in the back, the bike I started the race on had 1.2 bar in the front and back. Halfway the race I wanted to go up with my tire pressure because the course was starting to dry up and I was hitting the rim more often. Therefore I made clear to my pit crew I wanted 0.2 bars extra in both my tires in all my bikes. This was also to lower the risk of getting a flat tire when it wasn’t needed to take any risk anymore.