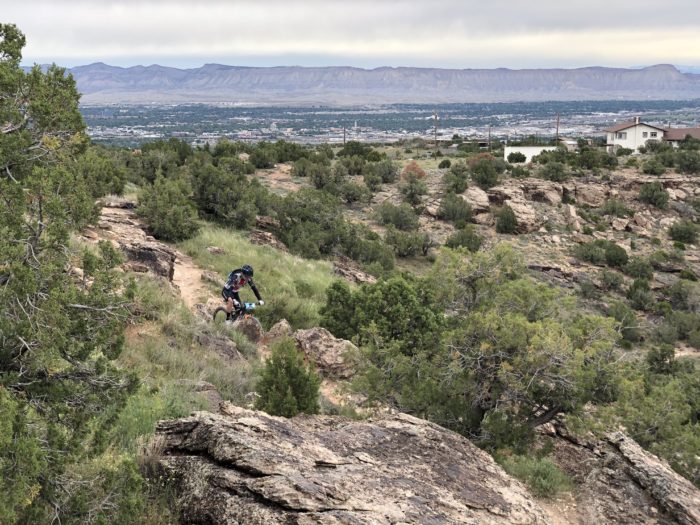 38th
And there I was, in a carpark somewhere in downtown Grand Junction. I sat on the floor of the van I am travelling with, I sat, kept sitting, and after almost an hour I still sat there… I was staring at my phone, texted my trainer that I sucked that day, texted my parents at home that it wasn’t a success today and I drank a can of cola.

Today I was very disappointed after the race. The first thing that pops up in your mind is off course the thought of: ‘’I didn’t flew in to America to get 38th…’’. And that is actually still a true statement.

Looking at the numbers I am putting in on training I know I am on the good way to a good winter season. Looking at all the course practice and pre-riding I did I was perfectly prepared for the course. If I look back on the tactical way I rode this race I followed the perfect plan. And besides all of that my bike was also in the perfect setup it could be.

Actually
If I look back I didn’t do much wrong today or in the way to prepare for this specific 70km. I didn’t even waste any riding time here on any other trails then the ones the race was on. On the entire 70km course I knew exactly where which drop would be coming, where which corner was, which lines I had to ride over all the rock gardens, I knew where to roll over and where to jump over complete sections. I even knew the exact rocks on the important section where I had to ride over.  I was in front of the race at the exact right moment after the neutral start, I hit the single tracks in a perfect spot (around place 20) and I could save as much as possible energy in the first hour of the race until the first long climb started.

In the first part of the race I had two minor issues to deal with, the first one was when I unlucky scraped my rear derailleur against a big rock. This caused my Di2 setup to not function perfectly anymore and this was straight away the first problem I ever had with a Shimano Di2 setup on a mountain bike in three years now.

The second minor issue was when I lost track with the big group I was in when two riders in front of me couldn’t hold up with the pace on the technical single tracks and there were no possibilities to pass. I had to wait but stayed calm and took my chance when this one came up. 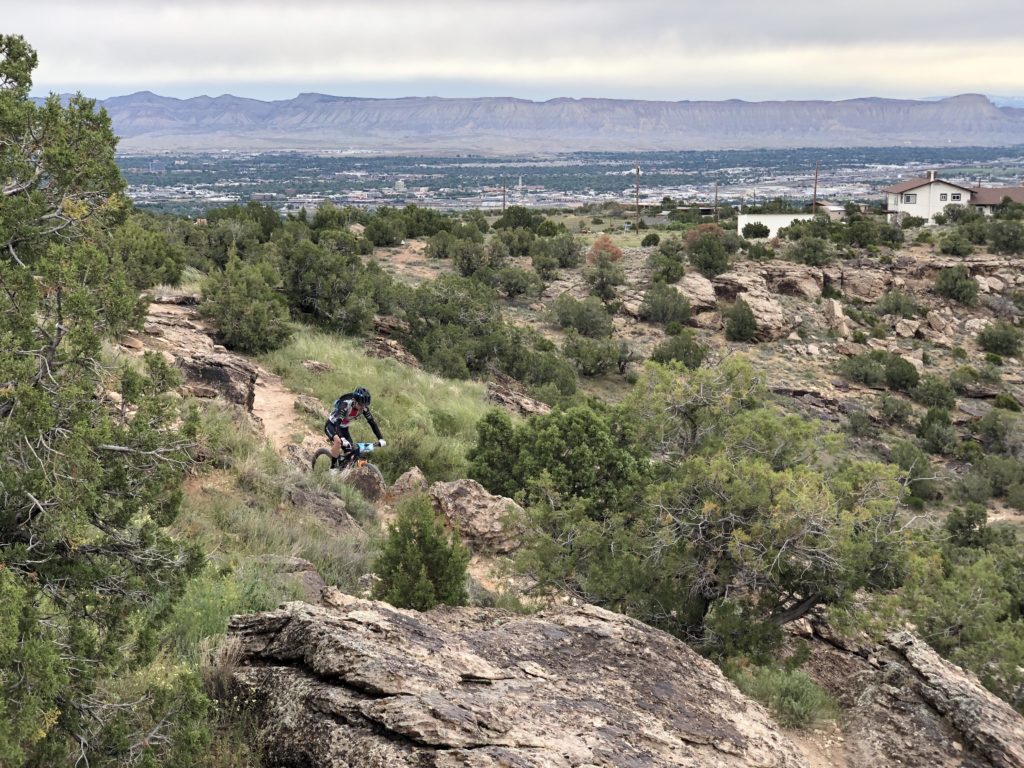 Wrong numbers
Eventually on the long climb of the day my ambitions for a top result today disappeared when I realised I was pushing as hard as I could but I couldn’t follow the other riders. Long story short: I got dropped… straightaway I looked at my heartrate monitor and it told me I was riding with a heartrate around 165. This number should never allow me to be dropped, it should rather let me smile while I am sitting easy in this group waiting for it to get smaller on this climb of an hour and attack towards the end.

This feeling and these numbers where really the opposite of how I was feeling in the days towards this race and during the first part of the race. Besides my derailleur I had everything under control and there was no need to worry about anything. On Friday night during the fat tire crit in downtown Grand Junction, as a warm up event for the pro race on Sunday, I felt really good and could ride to a 14th place without wasting to much energy and without losing the focus on Sunday’s task.

I am writing this now around 11 hours after I finished the race and my grumpiness is almost over (some food also does miracles). I know all the effort I am putting in here in America are to prepare for the upcoming cross season, I know what I do for my sport and what I give up for it. Acting at the top level of any sport asks for an extreme amount of effort that needs to be put in to even get back the smallest returns.

I am still living my dream even though I am working hard every day on the bike and off the bike. All the work I am putting in now maybe won’t come out a week later but I am sure it will come out next winter and that motivates me to keep putting all those long and lonely hours in.

And actually, I didn’t even do so bad on the most technical mountain bike marathon that America has to offer. This course was something I’d never seen or done before in my life, I impressed a lot of riders in the two back country races I did so far from the Epic rides series. Coming over from the Netherlands to these mountainbike paradises in America and competing against guys who have been riding trails like this since then where able to ride a bike is hard.The sport is just really big here in America and that makes the general level also really high of the riders.

What’s next?
It is time to get the focus towards next weekend already because the Iron Horse bike weekend is waiting for me with a road race with mountain finish on Saturday and a mountain bike race on Sunday. I signed up for the duo classification to see who is the best bike rider when those two disciplines are coming together in one weekend!

Thanks for making it all the way down to this part of the story!