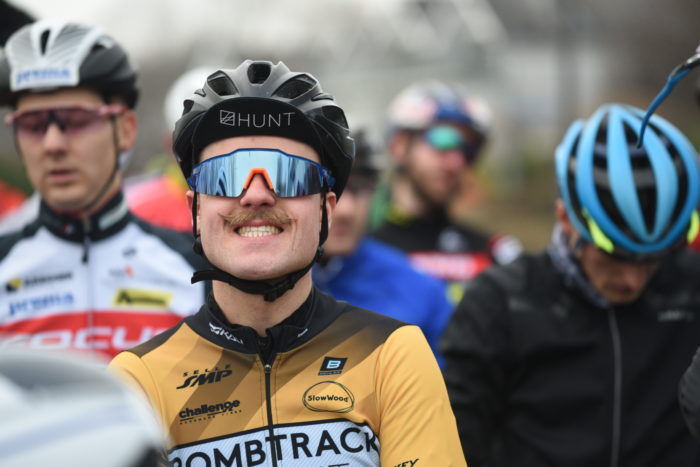 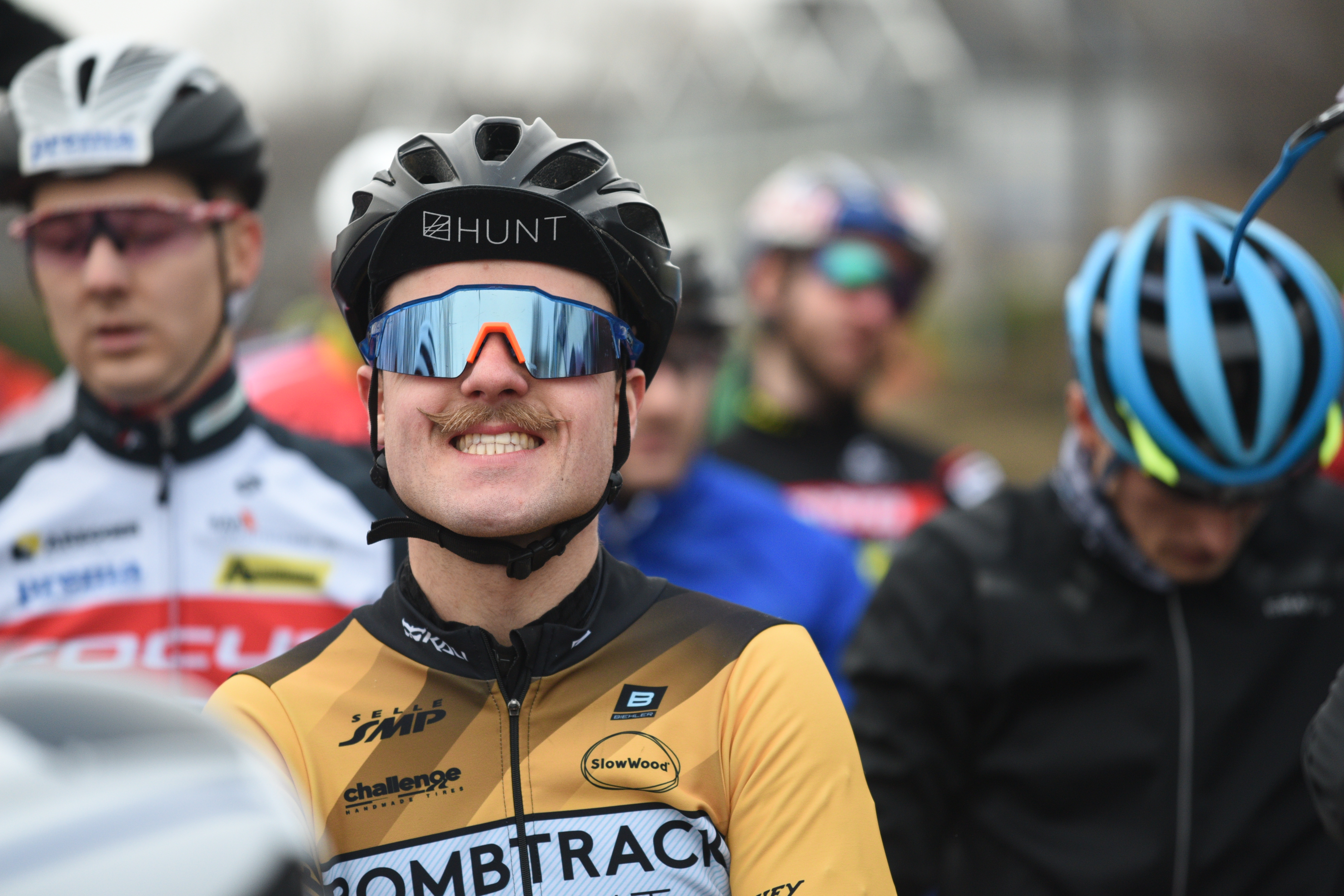 Smiling despite knowing you will be in pain for the next hour….

New years eve was spent in the camper this year. Together with Jelle we left on the 31st of December to Luxembourg, I was starting in a international cylcocross race there on the 1st of January. When we arrived at the race there wasn’t much action going on over there, we where parked directly next to the start and there where two other campers parked there. At midnight we watched some fireworks for a few moments and then went to sleep. The next morning it was only around 10:00 before people would start to wake up and some movement was going on around the course. I saw a junior rider who wanted to pre-ride but a big part of the course wasn’t even marked yet.

But then all of a sudden a big group of volunteers showed up and within 30 minutes everything was ready and the racing could start!

After 72 editions of this race the people in Petange now what to do so even though it all looked a bit last-minute from the sideline I am pretty sure they all knew exactly what they where doing. In the past they have had big names who won the race with Daniele Pontoni, Mario De Clercq, Jonathan Page, Francis Mourey, Steve Chainel, David van der Poel and the last few years it was Marcel Meisen who now won  5 times in a row!

When we woke up and opened the curtains from the camper we saw straight away that it would be cold this day. It was very foggy and the fog didn’t really move because there was hardly any wind. The course in Petange was really heavy with a lot of steep climbing, the lap was basically one long climb and one long muddy downhill. Due to the cold air that kept hanging there with the fog a lot of riders (including myself) had trouble breathing. I was hyperventilating for almost an hour, the combination of steep climbs, deep breathing and the cold air isn’t always the best one but that is also a part of cyclocross. 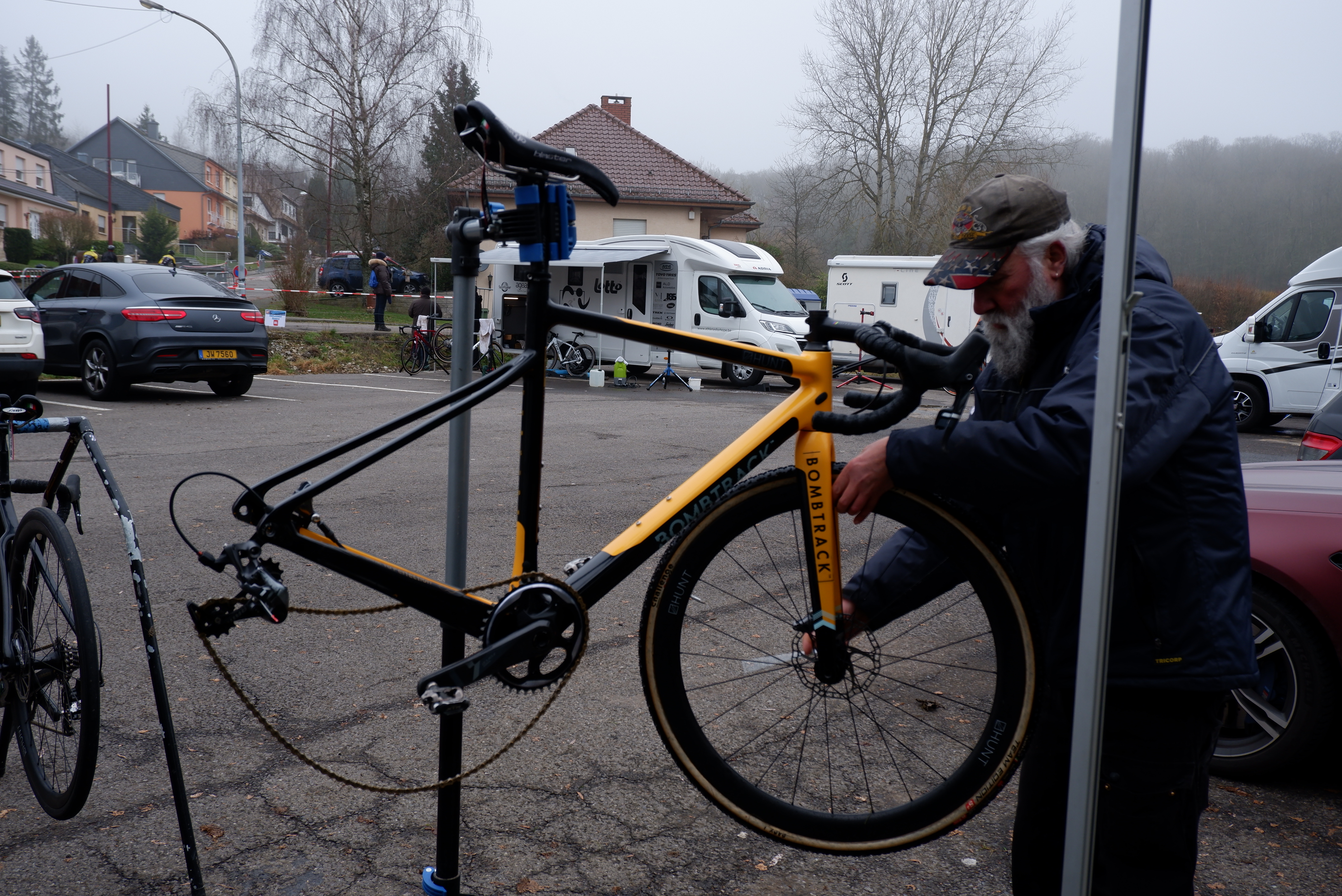 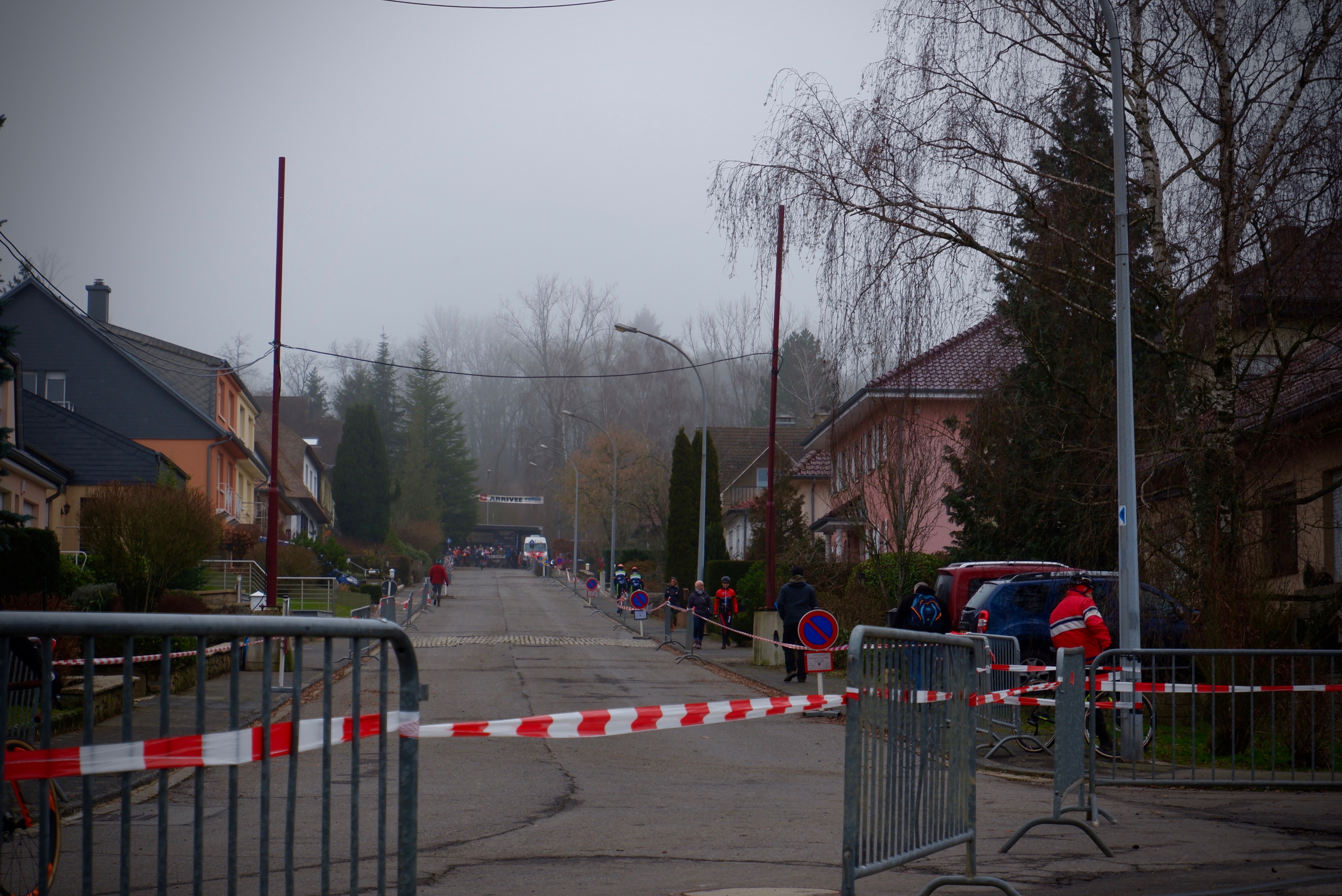 After the race in Petange we tried to leave as soon as possible because there was a long drive ahead of us toward Switzerland for the last round of the EKZ crosstour in Meilen. The course in Meilen was again one wih one long, heavy and steep climb. It was a lot less muddy then in Luxembourg so bike changes weren’t needed and that saved Jelle some work in the tech zone. 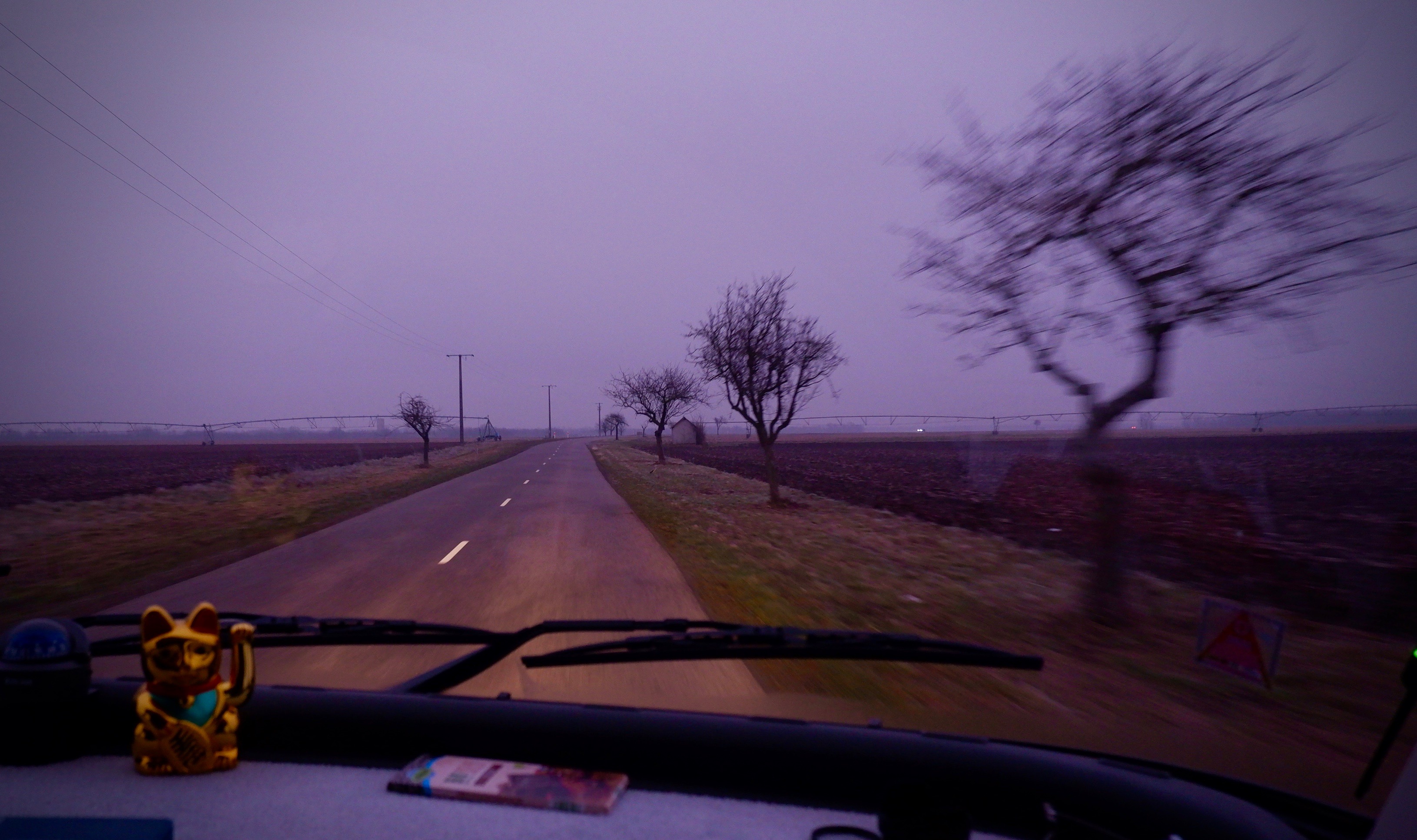 For me the weekend was mentally and physically very heavy. The races where really hard but these are normally the races in which I am really good and these courses suit me really well. My body felt empty and I didn’t really had much ”power on the pedals” even though this all sounds much like mentally and or motivational problems but if I put my agenda online most people will understand.

Since August I haven’t been home for 4 days straight, to compete in the National Series Trophy also asked for a lot of extra energy. And in the weekends I wasn’t racing in the UK I had to travel all over Europe to get points for the UCI ranking. Eventually I got to a 54th place on the ranking, a wrecked body from travelling and no energy left in the legs.

For the mind this is of course a strange feeling because I prepare every race as good as possible and in that race preparation there is not much changing in the end the legs are empty.

Therefore a 12th and a 21st place in Petange and Meilen are not results where I can look back at and be satisfied but I can’t blame myself much. I gave everything I had left and prepared the races like I always do, that my body would be empty at some point is logic and I tried to take as much care about myself as possible. In the end I made it pretty far in the season and I don’t have any regrets about the choices I’ve made this season.

The next race will be the National Championships in Ruchpen on the 12th of January.

I’ll work towards this race as any other one, but this time I have 10 days between my last race and the next one. Normally this was around 5 or 6 days so that will hopefully have a positive impact.

I am just going to sent it on Sunday, give it my all like any other race and after one hour of racing I’ll see how many guys where faster then me this day. 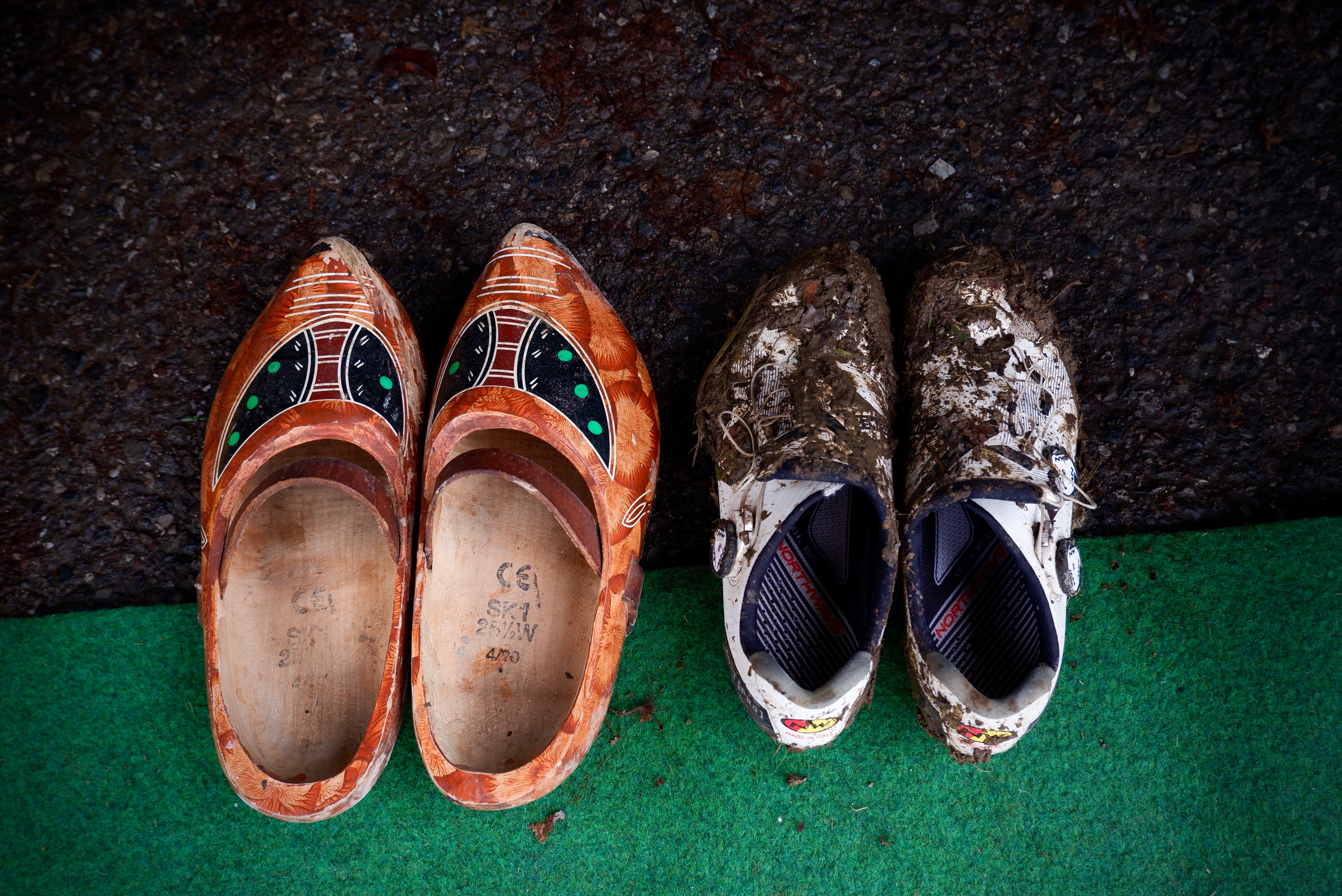 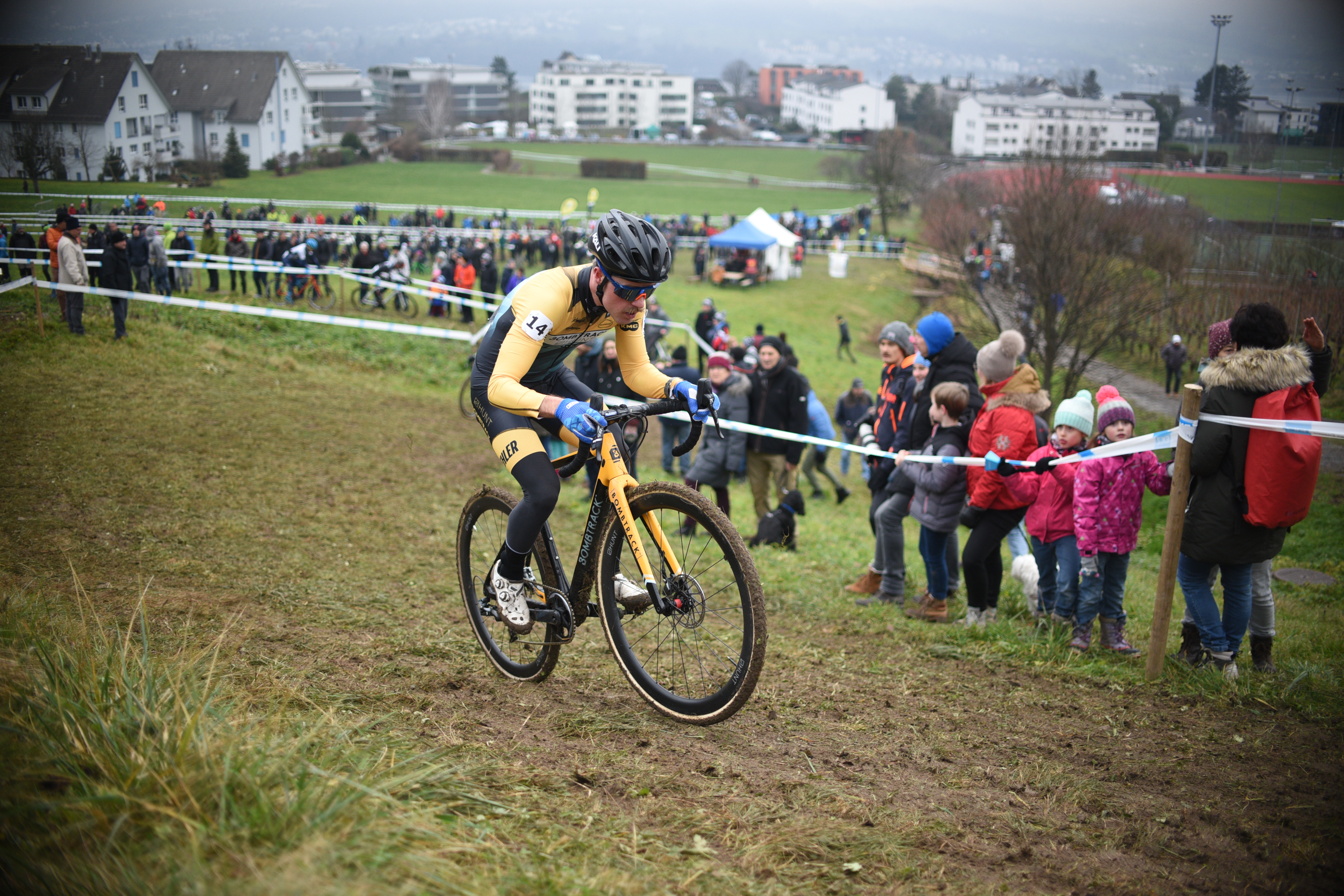 I tried the grifo at first but ended up racing with the baby limus. 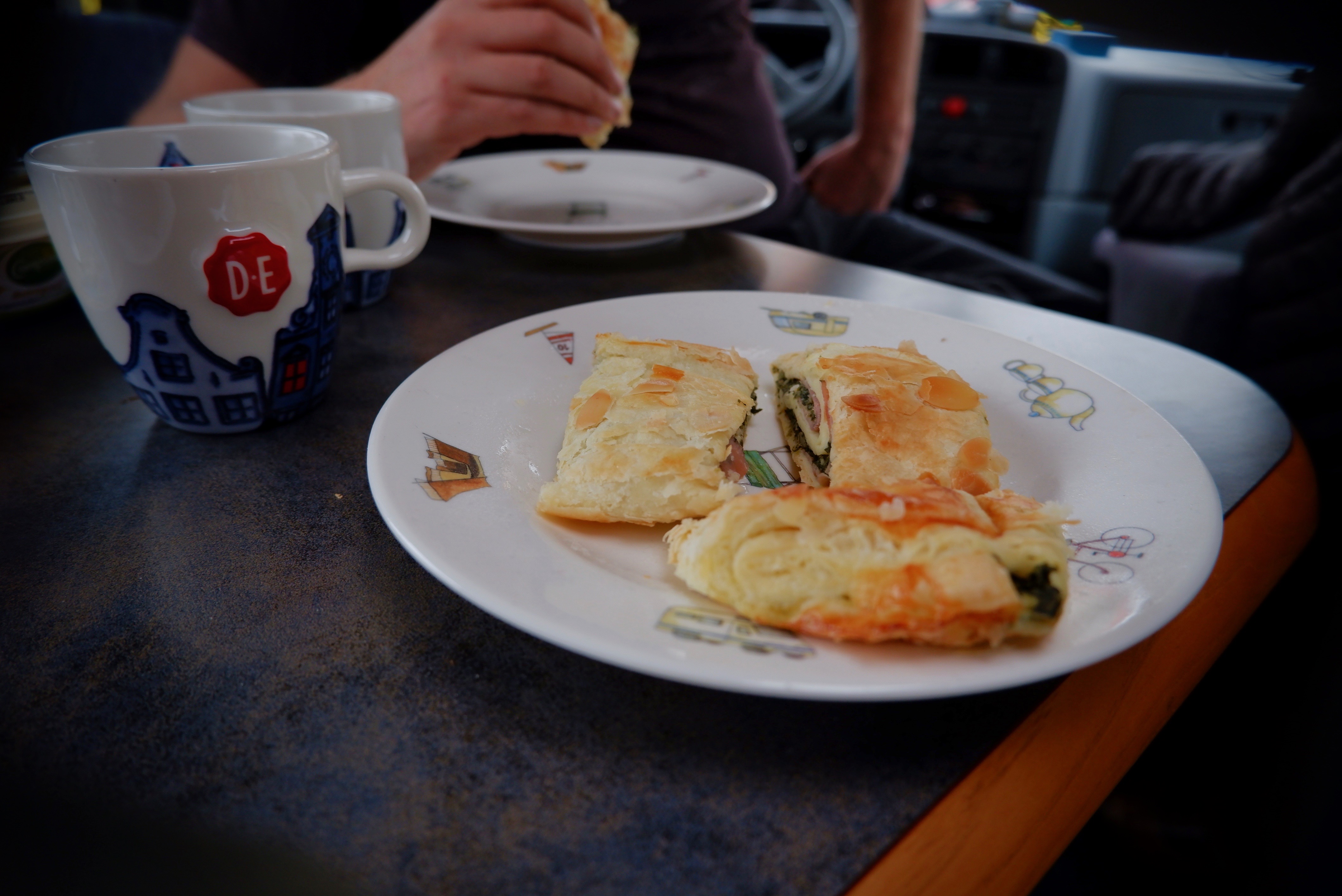 On the way back we ate some snacks made by Emil Hekele that he gave us after the race in Luxembourg after helping him out with his bikes.